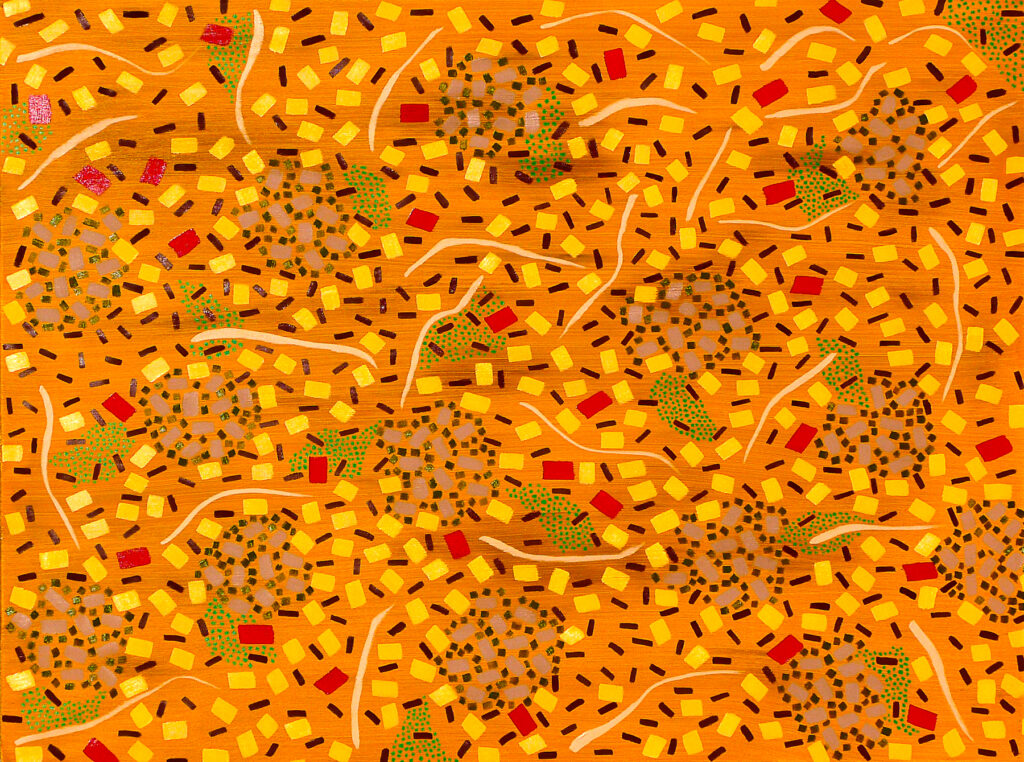 Thoughts Fall Like Leaves: Hurling a rock from the single lane wooden bridge that connected two towns which were divided by a creek. Buster, the boy that launched the rock with all his might, watched it soar through the air and make a splashing plop into the only standing pool of water in the creek below. Thinking to himself, “that was a pretty good throw, if I do say. It really isn’t  bad at all, that little pool of water must be over 25 yards away,” to Buster’s best eye calculation.

Buster, was Buster’s nickname, his given name was Bartholomew, which was easy for anyone that actually knew his real name as to why he thankfully preferred to go by Buster.

There was a medium-sized breeze that helped dislodge the leaves from the various deciduous trees that were on either bank of the creek. Fall was in the air and in Buster’s way of thinking, it was a beautiful time of the year to be growing up in a small town.

The wooden bridge had a section built on to it, for accommodating pedestrians so they could walk freely without being in the way of the car traffic. The drivers of the cars would have to yield to the one that reached the bridge before the other. Buster often hung out with his friends on that bridge, but on this day he seemed to be the only one there. There was no car traffic and there certainly was no foot traffic. He decided that he would sit down on the side of the bridge, hang his feet over, and look down at the creek. Its flowing water and the babbling and trickling sounds, started to become hypnotic in a meditative way for Buster’s eyes and ears.

Watching the leaves falling down into the water and like little boats, they floated on the surface, and within a short time would disappear. Buster zeroed in on one particular leaf that was reddish-brown in color and it was glistening in the sun. He followed it with his eyes till it hit a small eddy that formed in front of one of the larger rocks. There the leaf just swirled around becoming more and more water soaked and then finally it disappeared.

Buster was anything but a good student in school, but he did have a real appreciation for nature and how he fit into its surroundings. Watching that leaf started him to think about himself more deeply. At first his thoughts were random, jumping around from how he felt hungry all the way to missing his dog that died the year before. The hotchpotch of random thoughts slowly started solidifying into a common threaded theme.

Deliberate in his thoughts Buster started a two-way dialogue in his mind. First he asked himself, “what if I just sat here all away into the night and watched the stars in the sky and saw their reflections in the water below.” He answered himself by saying, “you’ve never done that, you’ve never really stayed out after dark.” That little conversation went on for a few more minutes. Then Buster’s mind shifted into more profound thinking, asking himself. “What if every leaf that falls from the trees and lands in a stream is the story of one’s life?” Again Buster replied to himself, “maybe we are all living our lives just like tree leaves, everyone has a season, and then we mature and die.” That last thought Buster had, became a little too unsettling and actually made him stand up. Placing his arms on the guard rail and looking deeper into the water below, thinking that it would help him regain his composure, and it did.

Buster began his thoughts again, and they quickly went back to how he fit into the natural world. This was pretty deep stuff for a boy that had not quite reached his 13th birthday. Buster had an overwhelming feeling inside, it was as if he was being cradled by a nature that understood his deeper emotions. Feeling warm inside and having a profound sense of peace, his thoughts moved on to why he was here. And by that here… he recognized the sensation as being more like a spiritual impression, and not a physical feeling.

By now the sun had set. There were no clouds in the sky. The only sounds that Buster could hear were the pleasant and gentle murmurings of the creek below the bridge. Buster was not too concerned about heading home. He only lived a very short walk from the bridge. His parents and his older sister had gone over to see his grandma and grandpa. And for sure, they would not return until later in the evening. Buster decided he would wait to see the reflection of the stars in the water below. Night was coming on fast, and the darkness made his self imposed status, of being a sentinel on the bridge even more ominous.

It was a dark night, no streetlights, and no moonlight. He could hear the breeze pick up and he could faintly see and hear leaves rustling in the trees and breaking away to embark on their journey down to the ground and water below.

“Thoughts fall like leaves,” Buster profoundly said to himself. Realizing what he himself was experiencing on that wooden bridge. Was solidifying his relationship to nature’s thoughts and the leaves made him realize that his life would be filled with explorations. He now envisioned that every leaf that fell from a tree was a thought that belonged to someone. And he was content in knowing that he was at a very early stage in life, and that his thoughts would fall away as he matured, and most of which would be tied to forgotten memories.

Buster watched the stars twinkle in the stream below for a very short while and then he decided it was time to leave the wooden bridge and head for home. Thinking along the way, he would go back and try to find out what the stars were saying as they reflected in the still pools of the creek and then they would disappear into the turbulent water. Buster came to the conclusion as he thought to himself again that, “even stars fall out of the sky and shoot their way to unknown destinations leaving a tail behind them.” He wondered if anything good came out of wishing upon a star. Buster decided, “I will wish upon the thoughts that fall like leaves.”

“Thoughts build greatness as they prepare us for journeys filled with miracles.”