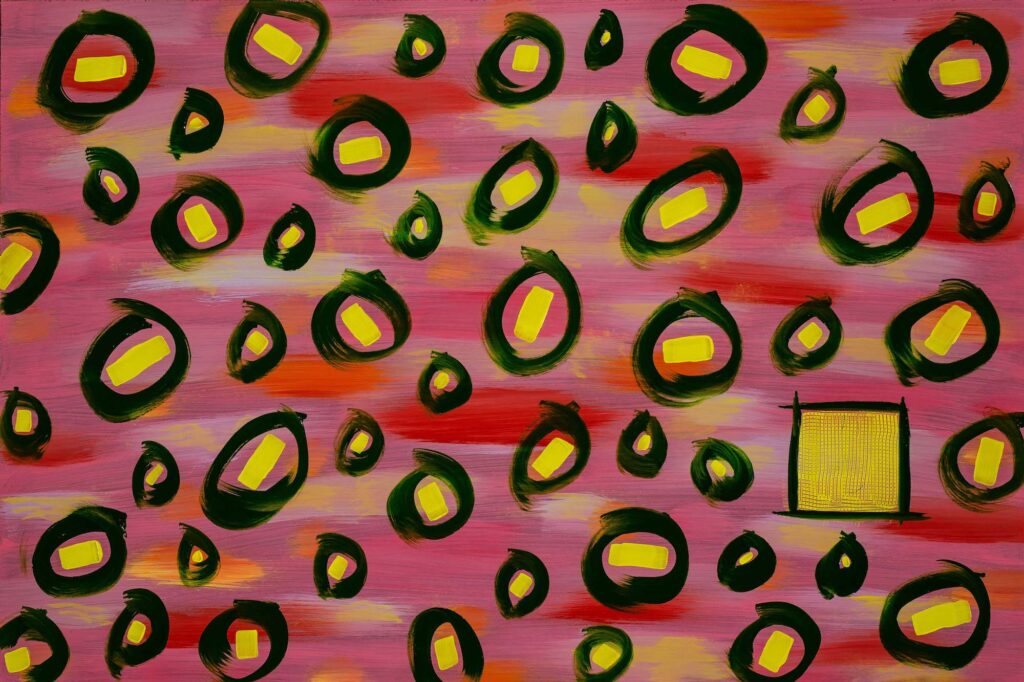 The weather wasn’t too bad for the third day of March. It was a bit on the cool side at 8 AM, which wasn’t typical for a March day on the Canary Islands. Lucas and Eloise traveled from France and arrived to the islands almost a week earlier and found a smallish rock house that was mostly plaster on the outside to stay in. They both agreed that the square turquoise table on the little front porch was most desirable. Especially with the wicker chairs that accompanied it. It seemed like the perfect place to have a milky coffee as they started their day.

Lucas and Eloise chose this remote spot, with every desire to continue to develop their thesis on creativity. They were both scholars but not very scholarly. Eloise’s brother would often chide both of them as being philosophers looking for a philosophy, with shared existential anxieties and dilemmas. Eloise would counter his unsympathetic attack with “You make me wonder if you weren’t born under the sign of the tree snake. You know, the ones that would gobble up an innocent canary.”

It didn’t make any sense to her brother, as to what she was saying. But he just accepted her nonsensical response. After all, she had ventured into that “zone” many times as they were growing up together. But to her it made perfect logical sense because she knew she was going to be in the Canary Islands in less than a fortnight. She falsely imagined they would be little innocent canaries flying about and landing on one’s shoulder, singing the sweetest of melodies.

On the morning of the third of May, both Eloise and Lucas woke, washed up, and proceeded to make a little breakfast which consisted of bread, jam, and hard-boiled eggs. Hardy enough to give them the sustenance they needed to take on the day of philosophizing. They took their 2nd cup of milky coffee out onto the porch where they comfortably cozied up to the turquoise table. They both had their journals in hand, neither of which had an open space in any of the margins on the written pages.

They sat quietly basking in the morning sunlight and went into a meditative thinking space. This was the most precious part of their relationship, because they both knew it was rare for married couples to connect spiritually while giving birth to original thoughts and thinking on to themselves. The subject of their communal thinking was the act of, or the philosophical concept of creativity. In reality, neither one of them had much experience in this area. Neither one of them were ever considered to be artistic and have any artistic form, except maybe in writing.

After about an hour’s time of thinking and doing some scribbling in their journals; Eloise boldly announced to Lucas, “Creativity, or at least I should say, the birth of all creativity makes its debut on its trip through the birth canal.”

“The womb! The womb is where we all enter this world after the appropriate amount of gestation.” Lucas went into an almost trancelike state, as he tried to reply to her epiphany.

After all, Lucas never thought of a woman’s womb of being anything other than; well you can figure out the rest. Once Lucas refocused his thinking on exactly what Eloise was presenting. He replied, “For sure there would be no men or women if they were not born, and therefore there would be no creative people.”

“You see all creative people incubate. I’ve heard it often said, that this person… or that person, was born with more than their share of creative talent.” Eloise could not contain herself. By this time her thoughts were racing. Eloise’s excitement about her philosophical discovery, as she described, was her original idea and was soon being embraced by Lucas. Although at first Lucas asked Eloise to elaborate on her ‘French Canary’s Womb’ theory, which he thought was a very clever way to describe it. Before long he accepted the fact that she was onto something.

Together outside of that Little Rock house nestled in the foothills of the Canary Islands the two of them fired thoughts and ideas back and forth at each other, garnering more and more excitement. Lucas not wanting to be unsympathetic to her newfound reasoning stated, “Eloise, you have, perhaps defined the birth of creativity in its most natural and blessed form.”

Eloise replied, “Thank you Lucas… now let’s you and I play philosophers and think about this deeply, and develop it into a thesis that will stand the test of time.”

Some creative people are born creative. Others go through a process of self-discovery. There is no definable path. It could be just one minuscule moment of time in a person’s life that opens the floodgates of creativity. Is it a divine gift? Is it built into everyone’s DNA? One thing for certain Eloise brought forth the concept and the idea of where it starts. It’s not trivial thinking. Think back as far as you can, when you first felt the acceleration of making something from your own hands. It usually starts with building blocks then on to pencils and crayons. Drawings are often the precursors to create art. A child’s gentle but sometimes boisterous singing can foretell talent that can reach the stars.

Unfortunately there are many well-meaning people and events that can squish a child’s creativity. Every child is born with potential to be, and to accomplish just about anything. It all starts when the newborn, in all of its innocence, makes its debut. As Eloise may have discovered and Lucas may have understood. Creativity starts when a child takes the first, but most important trip of their living lives.

“The Canary does not sing for its supper, for the joy lies within its soul.” Rod Jones Artist

You don’t have to go all the way to the Canary Islands to be a philosopher. But there is a certain truth to what Eloise discovered. Without a woman’s womb there would be no imagination.