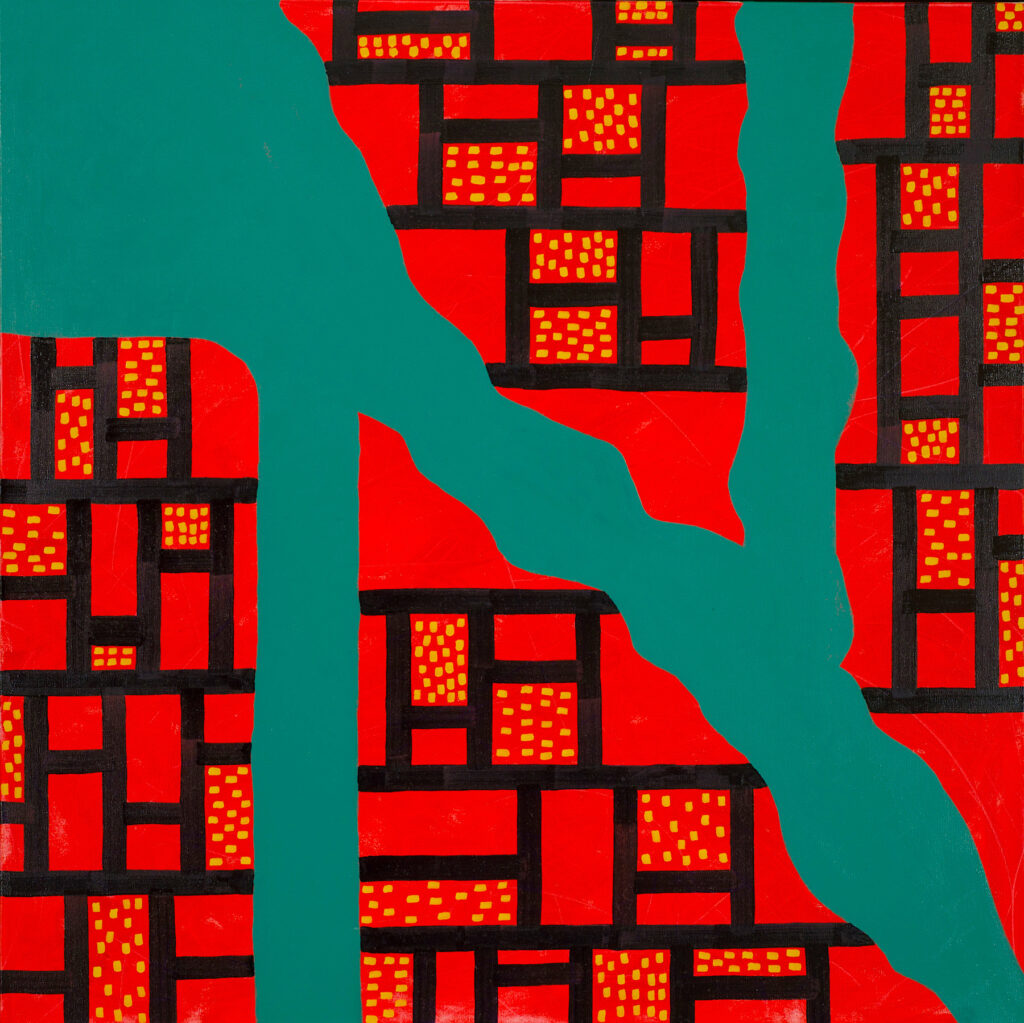 Something to Think About | OIl on Canvas | Rod Jones Artist

Something To Think About: Only a half cup of coffee was left in the carafe, and Marge was happy to take it. As she looked around the bookstore, she could not see a single person drinking coffee. For that matter, she didn’t see anyone else. The coffee was hot and tasted fresh. “People must’ve come in, gulped down a cup, and left the bookstore.” Marge thought to herself.

The bookstore Marge was having her coffee in was named Episodic Books. Virtually no one knew about the place. There was literally no sign out front. You could not search them on the Internet. For all practical purposes you really had to know where and how to find them. Which was probably one of the reasons Marge did not see anyone in the store.

Marge was a devotee of books, and the book shops in which you could find them. She never ordered books online. A voracious reader, she had traveled to many of the most famous bookstores in various hemispheres. She especially liked Shakespeare and Company in Paris. It is not only a well-stocked bookstore, but it has a very colorful history. Another favorite bookstore of Marge’s was The Strand in New York, hugely popular located on Fourth Avenue, which used to be known as Book Row. And probably one of her all time favorites was City Lights Booksellers & Publishers in San Francisco, which primarily only sold paperback books.

But now Marge was sitting, with her half cup of coffee in the Episodic Book store. She was just sitting there amongst all the shelves overly packed with books, taking in the bibliosmia, the smell old books give off, which is caused by the chemical breakdown of compounds within the paper. For some reason Marge found a discernible comfort in that pungent aroma.

Looking around, and realizing she was literally the only one in the bookshop gave Marge a tremendous sense of connectedness. She was always a freethinker. Never really letting anyone else’s ideas cloud her thinking. Marge also knew that she was becoming almost intolerable when she was around other people. It was as she would say, “damn difficult to keep my opinions to myself.” Consequently she did not have very many friends. And was never, and I mean never invited to any social gatherings. Which Marge would often say, “people that don’t want to hang around me are a bunch of nitwits.” She used other words to describe them, which fall under the category of expletives.

As Marge sat there on the soft green padded chair,  that was one of those that did match any other seating arrangement in the bookstore. Her thoughts were all about her experiences in life. Past, present and a little bit of what the future will hold for her were all passing through her mind. At one point, she focused heavily on one particular thought. That was what? Well, we would have to get into Marge’s mind to really grasp her form of thinking. But here we go.

“My thoughts are my private property.” Marge was turning over that statement in her mind. As her thinking progressed. She wondered if her thoughts ever became transitory. She knew they were impermanent in her mind, but were they living in the universe somewhere. Marge was a prolific reader with a prodigious vocabulary. She was familiar with the philosophy of the Akashic records. Which in the religion of theosophy and the philosophical school called anthroposophy, the Akashic records are a compendium of all universal events, thoughts, words, emotions and intent ever to have occurred in the past, present, or future in the terms of all entities and life forms, not just human.

As Marge developed her thinking deeper she realized that maybe what she thinks has a universal life. Even when she stood in front of another individual and conversed with them. Her thoughts were being transmitted to everyone around her. They were not contingent upon her body language, tone of voice, likability, or even what she was verbally expressing. Marjorie, the name she referred to herself in her head, and often had her conversations with, came to this conclusion, “We are all a life force of energy, and what we think is transmitted everywhere. It’s more complicated than radio waves; it travels on its own ether. Creating connections that influence thoughts and ideas way beyond our original conceptual thinking.”

Something to think about, you and I, think! Our thoughts have a perpetual life even after we discard them. It stands to reason that we should try and maintain a sense of peace inside our heads. And do our best to give birth to positive, wholesome thoughts and ideas. You never know who might be tuned in to the messages you’re sending subconsciously throughout the universe. Give that some thought, or better yet give your thoughts some thought and try to make them worthy to everyone that you are subconsciously and consciously sharing them with.

“If ever I thought a dream was real, I knew it would escape my imagination and journey through the Akashic Record and come back to me

in a living reality.”