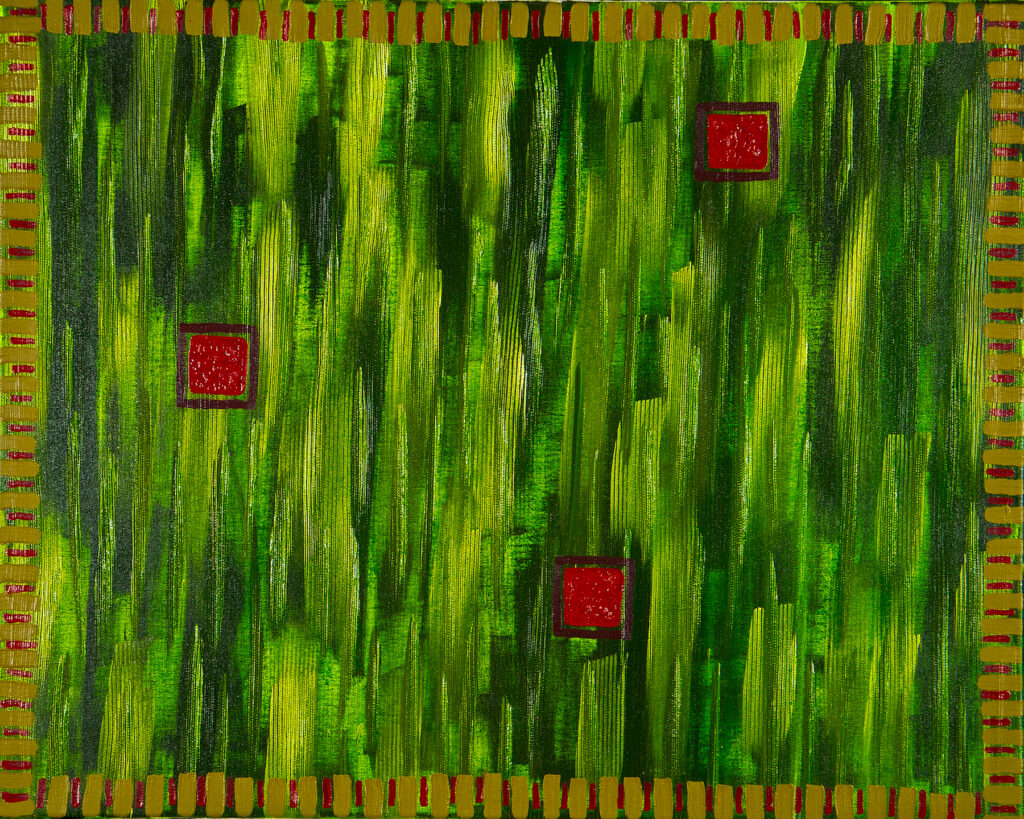 Magnifying Your Dreams: The rain let up after a good hour of intermittent sprinkles and downpours. Leonard was walking on a remote path near his mountain home. It was one of those trails that you really had to know where it was in order to follow it into the deep woods. Everything in, on, and around that trail was rain-soaked. Today was no different. After the rain in the forest, the smells are most seductive. Wet wood, wet leaves, and soaked duff all seem to contribute to what Leonard likes to call; a symphony of delightful scents.

Leonard had walked into the forest about 100 yards. All along, he was enjoying the freshness the trees and plants had to offer after a good rain. He wasn’t really paying too much attention to the wet and, in some cases, slippery trail that was beneath his feet. But after he tripped on a fallen branch, he decided he better at least glance down at the trail ahead to make sure there were no other obstacles in his path. Leonard did see something about 5 yards or so ahead of him. Something was glistening. At first, he thought it just must be a wet rock or twig that was catching the light just right. But to his surprise, that definitely did not turn out to be the case.

Focusing on that glistening object on the path ahead, Leonard made a straight line for it. He knew that as he got closer to it, the reflection could disappear. And he would not find it. In less than a minute, he discovered the object. He kneeled down. Brushed away some leaves and loose, moist dirt. He slid his fingers under the object to pick it up after he cleared the debris that was, for all purposes hiding it from the world.

It turned out to be a mobile phone that he discovered half-buried on the trail Leonard was walking on. Holding it in his gloved hand and removing his other glove by pulling on its fingers with his teeth. He shifted the handheld device into his un-gloved hand. Thinking to himself, “I feel sorry for whoever lost their phone. I know I would dread that if it happened to me.”

“The phone was a very popular model; at least it was 10 years ago,” Leonard said to himself. “Indeed, it was every bit of 10 years old, maybe more like 12.” Shifting the phone back and forth from his gloved hand to his un-gloved right hand. Leonard wondered how long this phone could’ve been laying out there on this path.

Leonard put the phone in his pocket. Deciding that he would do his best to find out who the phone belonged to when he got back home. Being distracted by a series of business phone calls. It wasn’t until later that day that he actually remembered he put that cell phone in his coat pocket that he hung up in the closet. When he finally remembered. He pulled the mobile phone out of his jacket and went over to the table. Grabbing a paper towel to wipe it off with. It seemed to be in good shape, although it would not turn on. He figured it could have been lying there in the woods for a very long time, and of course, the battery would’ve been drained. Like most everyone nowadays, Leonard had a drawer full of cell phone chargers. He rummaged through until he found one that he knew would work. Plugging it into the charger, he left it alone until the next morning.

Partially to Leonard’s surprise: because the phone was so old, he was somewhat shocked to discover that it charged up completely. When he turned it on, it lit up beautifully, probably like the same day someone had purchased it. Holding the phone in his hand and checking it to see if there was anything he could discover as to who might be the owner of this phone. Unfortunately, there was absolutely nothing that he could discover that would yield the answer of who this phone belonged to.

Mysteriously the phone did have a story to tell. It was in a very antiquated voice messaging app. Leonard was beyond curious as to what he might discover and what appeared to be a two-way conversation. It did not take too long to learn that the owner of the phone was a woman, and she was messaging back and forth with a guy. What came next was beyond any possible explanation in Leonard’s way of thinking.

Leonard discovered their names and could not figure out how this phone was reproducing voice messages. He did not think that it was originally designed into this device. Somehow he could hear the two people talking. One was a woman named Beth. The male voice in the conversations, Leonard learned that his name was Luke. The conversation being held between the two of them was, at times, difficult to follow. There seemed to be a recurring account of how they perceived life in black and white. Void of any color. As the two of them kept referring to their own dreamlike states. Leonard was becoming convinced that these two people were magnifying something that he desperately wanted to understand.

The conclusion to the short story will be in Part 2.