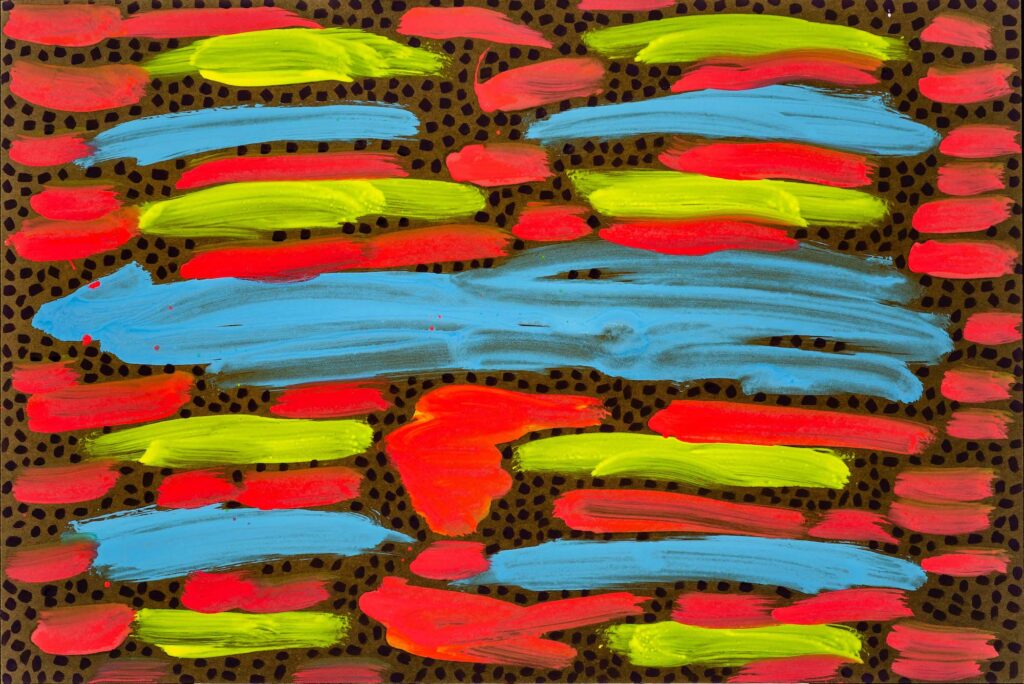 The vacuum cleaner was plugged in, of course it required the unplugging of a lamp and an extension cord that no one actually knew where it went. Not too far from the wall socket, about a quarter of the way into the room, the vacuum cleaner sat idle. The task of vacuuming was started almost 2 days earlier, but never finished. There were other tidying up tasks throughout the home that needed attention, but they, like the vacuuming were not getting done.

Ever have a day where you simply don’t feel like doing anything especially menial laborious tasks? It invariably starts the second you try to get out of the bed in the morning. Sometimes brought on by late night TV watching. There’s always caffeine to get your motor running as people often say. But sometimes even that will not get the job done.

Every form of creativity is a task. Some of those tasks are more enjoyable than others. I for one, do not like cleaning paint brushes, and I have been known to let them soak in Gamsol mineral spirits, for longer than they should. Am I lazy? Probably. It needs to be done but I will stall as long as I can.

There’s many things in life we simply don’t like to do, but if nothing else, a clean house is a healthy house. And cleaning up your creative tools gives you the opportunity to re engage in the knowledge that they will be ready to go when you start a project, or for that matter complete a project that you have already started.

Is there a solution for the dreaded don’t feel like it days? One in which you don’t have to depend upon a stimulant to get you going? Perhaps it starts with your own self talk, which surely impacts motivation; especially if it’s driven by the “spirit of what’s the use.” Humans can pretty much talk themselves into and out of just about everything we decide to do. We’re not too bad at projecting those thoughts and ideas onto other people either. Sometimes misery just loves company.

I love it when I love it. This is the mantra that brings forth the greatest of accomplishments. You and I all have moments when we simply can’t wait to get started. Sure, the idea of loading up our suitcases and going on vacation doesn’t require motivation. The anticipation can be pure joy, and even the idea of getting your travel gear ready brings on excitement. But what about the task of making something that requires you to go through the process of finding all the materials necessary? Sourcing can be challenging and make one irritable, especially if the process requires a certain amount of confrontations with suppliers. You just have to keep your eye on the goal, and not allow the challenges of getting there put you in a week of; I don’t feel like it days.

Every great achievement by every great man or woman, was walloped with “I don’t feel like it days.” There is an agenda driven human opportunity, just waiting to be discovered here. Lazy downtime is a manual factory for the mind to conceive a desired outcome. It’s a place to tap into stored up energy that does not require a physical or emotional commitment to unpleasant tasks.

Laziness has its rewards and it’s the precursor of; I don’t feel like doing it. That starts the mental gears churning and turning. One may ask themselves why don’t I? Am I just lazy? More often than not… You’re not! Our minds seek pleasure. No one is ever lazy when they have the idea to go to the refrigerator freezer, grab a carton of ice cream, fill up a bowl, grab an eaten’ spoon and commence to devour it. The laziness comes afterwards, when you look into the mirror and say to yourself I’ve got to start exercising I’m gaining too much weight. Then you say “I don’t feel like it today.” Postponed.

Tomorrow always seems like a better day to do the things we don’t want to do today. Unfortunately those delays gain momentum and roll by rather quickly. But again; you now then have the opportunity to reconvene and strategize, and come up with a solution to navigate a new way of approaching the very thing you were trying to avoid. You may even sublimely get rid of the notion of “no pain no gain.”

“Laziness is the real mother of invention.”

Depressed or just lazy. It’s something to become aware of. People who suffer from clinical depression will initially feel like they’re just being lazy, not wanting to get off the couch or get out of bed. On the surface, laziness and depression appear to be quite similar in our inner feelings. And of course the outcomes of not getting anything done can add to the depression. If you are always lazy about everything you do, you may want to get a qualified medical opinion.

Anxiety can drive you around like a confused Uber driver, keeping you away from doing just about everything that is important to you. When the world is in turmoil, the energy it gives off is pure negativity. As humans, we manage to tune into that negative nastiness particularly well. When you are in the doldrums and suffering days and weeks of “Don’t feel like it days.” You may be fed up and you become the perfect host for anxiety. Try to center yourself, go for long walks, exercise, maybe even take some vitamins that help reduce stress. Whatever you do, try to control anxiety. It is perhaps the most debilitating thing we humans have to deal with.

Modern conveniences have been around since the first person decided to carve out a spoon from a piece of wood. A tool that could keep a man from having yesterday’s dinner still glued into his beard the following morning. Inventions can tamper down a certain amount of laziness. It takes a lot of willpower to go and push a hand lawnmower. Many years ago, when that was your only option to cut grass, you could drive down any street in the suburbs and see overgrown lawns. Those lawns told everyone in the neighborhood that you were living in the heart of “Don’t feel like it days”. When the gas lawn mower was invented, some of that angst was greatly reduced. It was easier, faster and brought with it, less labor to the task. Maybe when you were challenged to cut the grass, you did it with less of a lazy attitude. The only real satisfaction came when you looked out over the lawn, and decided it looked good, and you did a good job.

I like to write about creativity and creativity in itself is no stranger to laziness. It’s terribly fun to look at a completed work of art, but when you’re struggling to come up with an idea, it’s easy to delay and delay. Are you being lazy or maybe you’re just frightened. After all, a work of art is always being judged either by the maker, or by the onlooker. Being judged can nudge you into the curse of… don’t feel like it days. You can take some comfort in knowing, when you’re not doing, you most likely are thinking, and thinking is the best antidote I’m aware of for yours and mines, “Don’t feel like it days.

“Don’t feel like it days are most common to