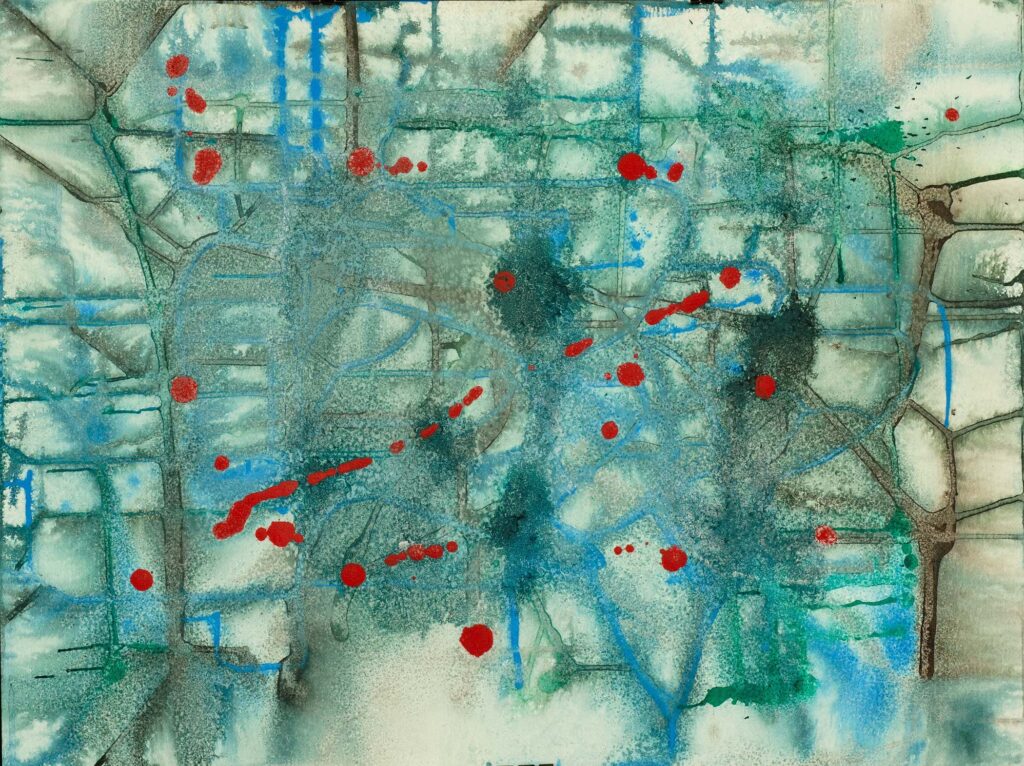 The perfect art world starts within your own studio; and the thoughts you walk in with. No real art world exists beyond the imaginary. The focus of creativity is inward, and rarely manifests itself outwardly. Art only exists outside of the perceptive soul, when it’s handed over to the promoters. From then on, its journey is forecasted by agenda driven manipulative words that nearly always betray the visual feast, and the heart of its creator. This unintended surrender invariably leaves the artist in a constant state of brooding.

A creative thought is never harnessed by a man-made, or man interpreted reality. Creativity, by its very nature, thrives when preconceptions are not in control. The oneness of spirit melds a universal truth of patterns, held together by the reflections of color nurtured by light itself.

Never has authentic creativity benefited from societal input. Most certainly, if it has, it became lost in philosophies that rely heavily on generations of misconceptions. The wonder of the work of art, in order to survive, needs innocence. Unadulterated views are extremely rare. And for every one plus one communication about a work of art, not so quietly becomes mystifyingly false.

You may be thinking; who really cares what is said, and by whom? Well sanity is unfortunately social. Creativity is for the most part, antisocial, and only thrives in environments where thoughts that betray… cannot exist. Reality is not a true friend of originality. Every role of the emotional dice changes the outcome. You have to tune in, to truly tune out the wordy thieves intent on betraying original thoughts and ideas.

Maintain zero counsel from others when you go about the work of creativity. Outside of your own mind, lies a trap, albeit a very seductive trap, clearly intent on stealing away your best efforts to channel your own unfettered creativity onto a chosen medium. The medium you use to project your deepest innocence, it’s the only wordless voice that can be felt inside your uncluttered mind, finding its way onto various uncaring materials that act as a host.

Creativity is a tool: magnificent to be sure. It can be: a hostage taker, it’s tender is peace of mind. It has accomplices, these are the people, the philosophies you allow in to your sanctum. They seek to make you the sanctuary for merit less opinions and thoughts, all designed to steal your precious self creative awareness.

Let no one, yourself included, become the judge of your artistic pathways, and especially do not allow others to impact your creative outcomes. Become the master of a predetermined design that can only flow from you. Perfect is… that never does. Creativity often seeks outside approval, and you as the creator are most susceptible to its impalpable harm. Outside approval often hides in the ethereal. It’s a disguise that is designed to reach your insecure susceptible ego. I contend that our egos betray us. Approval whether it be genuine or not, clouds the creative process.

Now you ask, “Why I paint for a party of one?” There truly is no one else that can add value to the fleeting but precious euphoric experience. Seek as we all must. Create for yourself, you don’t need anyone else’s approval. The minute I stopped any considerations of the art world and its players, I became more genuine, and achieved a satisfaction that could never really be explained in words.

Hold yourself in esteem. Be the admirer of your own art and self worth as a creative talent. Cherish the carefree freedom of keeping your own artistic counsel,  it’s the true reality of the term “freedom of expression.” Just create for a party of one— and that one is you!