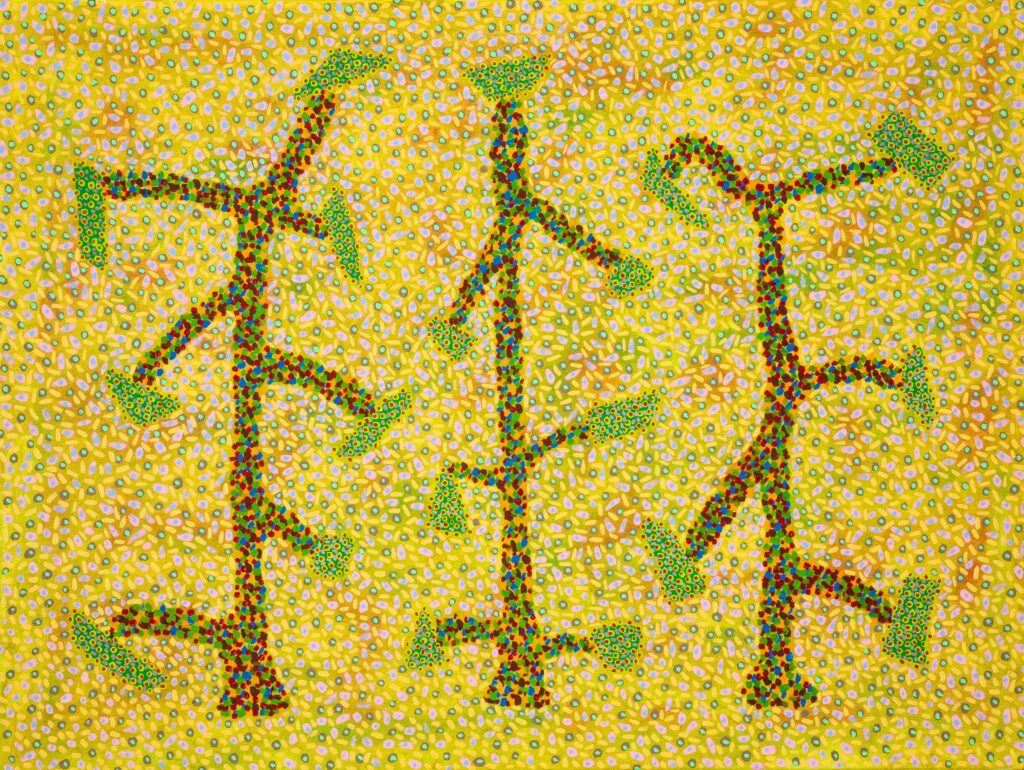 Strangely Rare Plant:  Quite some time ago; I had the opportunity to visit a very remote, mostly abandoned monastery. The location; I’m afraid I cannot reveal because I was sworn into secrecy by committing to an oath that to this very day, I’m convinced that if I should betray this trust, my life would be filled with torments of biblical proportions.

The strangely rare visit and subsequent tour— started out with curiosity on my part, that quickly moved to astonishment, followed by reverence and ended with overwhelming veneration. This is the story told— as I experienced it.

Upon my first entry into; at best, was a gloomy and dark castle like structure. I could not attest to the fact that it wasn’t clean,but it did seem to maintain the appearance of tidiness. I was escorted by an overly cloaked resident, who; as one would expect, spoke little to no words, and those that he did utter were foreign to me almost like an incantation. Not a chant but it was melodic to my ears.

As an artist/writer, I always try to pay close attention to my surroundings. Something I found most baffling was how this catacomb like tour was lit. Based on all the movies I watched as a kid about the goings on in castles, I almost expected to see torches sconced along the corridors . My path was lit, not overly lit mind you, but I could easily see my way. There did not seem to be any shadows, it was bland by color and texture. My best description was the walls, floors and ceilings, which were very high, appeared to be matte gray and black, as I interpreted them. Reflecting back I could almost envision the interior of a sinister looking spacecraft occupied by grotesque creatures with multiple sets of teeth and eyes, reminiscent of a character from the movie Alien. But fortunately for me and my tour guide no such creature existed, at least if one was there, it kept out of sight.

As we continued, I felt I was being led to a particular location. By this time I was hopelessly lost and overwhelmingly confused by the lack of contrast and dimension that one could see and feel in every direction. As the journey proceeded I could not help but think that wherever we were going was beyond the capacity of the buildings structure, that I witnessed outside in my initial approach. By this time I calculated we had walked at least a half a mile, I did not have the advantage of tracking my steps with my mobile phone because that had to be checked in along with my camera and personal belongings, before entering this mysterious monastery. This was definitely a no selfies zone. I didn’t even have pocket change to throw into a fountain for good luck should, I come across one.

Others magically appeared around me all dressed in the same garb as my shepherd docent.

I really could not tell where they came from, it  just seemed like I was in the middle of a pack, may be a total of 10 to 15 cloaked conformist. They were equally and serenely at peace by engaging in the same melodic chant; almost barely audible, but slightly disturbing nevertheless.

By this time I was becoming a bit concerned for my safety, after all I could never really figure out what compelled me, or what drove me, or better yet what brought me to this mysterious place; especially in such a disquietude location. I will tell you, this place is not located in any recognizable domestic location. I do not dare to reveal any more than that.

The pathway narrowed and we were now walking in single file. I dutifully took my place a half a dozen souls behind the leader, who I could not determine if he was my original guide. The groups chanting unilaterally increased in volume, still no words were perceptible. But I found there was something comforting in there descant. I almost wanted to join in because I felt I was becoming a member of the group, uncloaked of coarse, but still marching in unison in my assigned location.

The procession came to a stop. And all became very quiet and still. For the first time I thought about the smell, or should I say the lack of. You would think with all of these heavily robbed “Illuminati” There would be at least a musty smell from their garments, but none existed. The airborne environment was pristine and clean. In this almost meditative quiet, I could hear what sounded like keys; they weren’t smallish ones ether. The clinking created a faint echo through the passageway. I wanted to see ahead but as I am somewhat vertically challenged, my height amongst these hooded cloisters prevented me from seeing ahead. I had to guess what was going on, simply by what I could hear. A great door was being unlocked, and from the sound of its gate like squeaking, I guessed it’s not used to often.

The chanting begins again and one by one; all moved towards the opening. I started to get a glimpse of what lay ahead, and it appeared to be a much larger space, certainly not claustrophobic like the long hallway we journeyed through. One by one we entered a cavernous room, my first thought, it was like a temple for Roman gods, for which I dare not say so in this group; that would be pure sacrilege. It did remind me of the Pantheon in Rome, right down to the oculus. Which I soon learned had a very important job in this space.

The house of Medici, Freemasons, Illuminati, ancient aliens, even the Rosicrucians, all these thoughts swirled around in my mind, like waves, as I jump from one thought to another.

I determined to myself that I need to stop watching and listening to Giorgio A. Tsoukalos. (Ancient Aliens)  In my wildest imagination, I could not have guessed what I was about to experience. I was going to be blessed with a visual and mindful gift; that patiently awaited my arrival in this very large domed structure.

The “Strangely Rare Plant” was off in the distance. One of the spiritual souls from the group embraced my arm, motioning me to hold my ground. The others in the group marched off in single file heading towards which looked like a plant I could see in the distance. They meditatively created a circle around its oculus lit pedestal. Even from my distant advantage point I could tell this growth was something unworldly.

At this point I visually swept the floor tiles, almost expecting to see something like a very large pentagram, not the satanic version, but how it was used as a Christian symbol. It stood for the five wounds that Jesus Christ received during his crucifixion.

I search for the Eye of providence, the cross of Saint Peter,  surely I would find a rose cross, considering that this facility was a sacred place. But to my surprise The floor tiles were more of a mosaic. I eventually could make out, The Crusaders cross or also known as Jerusalem cross. It was difficult to define amongst the tapestry of stones but it was certainly there.

I was now almost ceremoniously ushered to the pedestaled plant that took center stage in this holy- sacred facility. My eyes, that were no longer dilated from the darkened journey through the hallway; refocused on a growing plant that at best was indescribable.

This was truly an, all in “Awe” moment. I wanted to blurt out “Jumpin’ Jehoshaphat!” But respectfully, kept my yapper shut.

I had no better way to name what stood before me on that shrine like pedestal, then to reference it as a “Strangely Rare Plant.” The shaft of light from the oculus compelled its presence to be astonishing. It’s features represented an out of this world presence. At the time, I did not know how accurate that statement was to become. During the time allotted me to thoroughly view; but of course not touch the fascinating mystery before me: I studied every detail and took in as much as I could to better understand what exactly it represented. The first thing I noticed, there were three plants in its cluster standing side-by-side, each different but yet obviously the same species. Considering the environment I was in, and the ceremony that accompanied my journey to the foot of this astonishment. I couldn’t help but think this was some sort of Trinity.

I studied this rare species of a plant, taking visual notes the best I could considering I was still somewhat overwhelmingly confused, how I ended up in front of this mesmerizing, hypnotizing, botanist blissful delight. Unfortunately I was pretty much the most unatuned person in the world to completely describe what presented itself before me. The worst of all, I would be hard-pressed to describe how I ended up here. Sworn to secrecy— but I freely admit my experience in the introduction of such phenomena needed me; or at least I felt compelled me to paint what I saw.

The work of art presented above is my best interpretation of this “Strangely Rare Plant.” You may question my interpretation of its haughty appearance; I can only tell you it existed in my imagination, and for a decade or more begged to be revealed in a painting. Real or imagined; you can be the judge, perhaps you have had a similar experience, if so you are a member of a very exclusive enclave, maybe one that can tap into a parallel universe with its own botanical realities.

I explore every nook and cranny of my imagination there I discovered—?