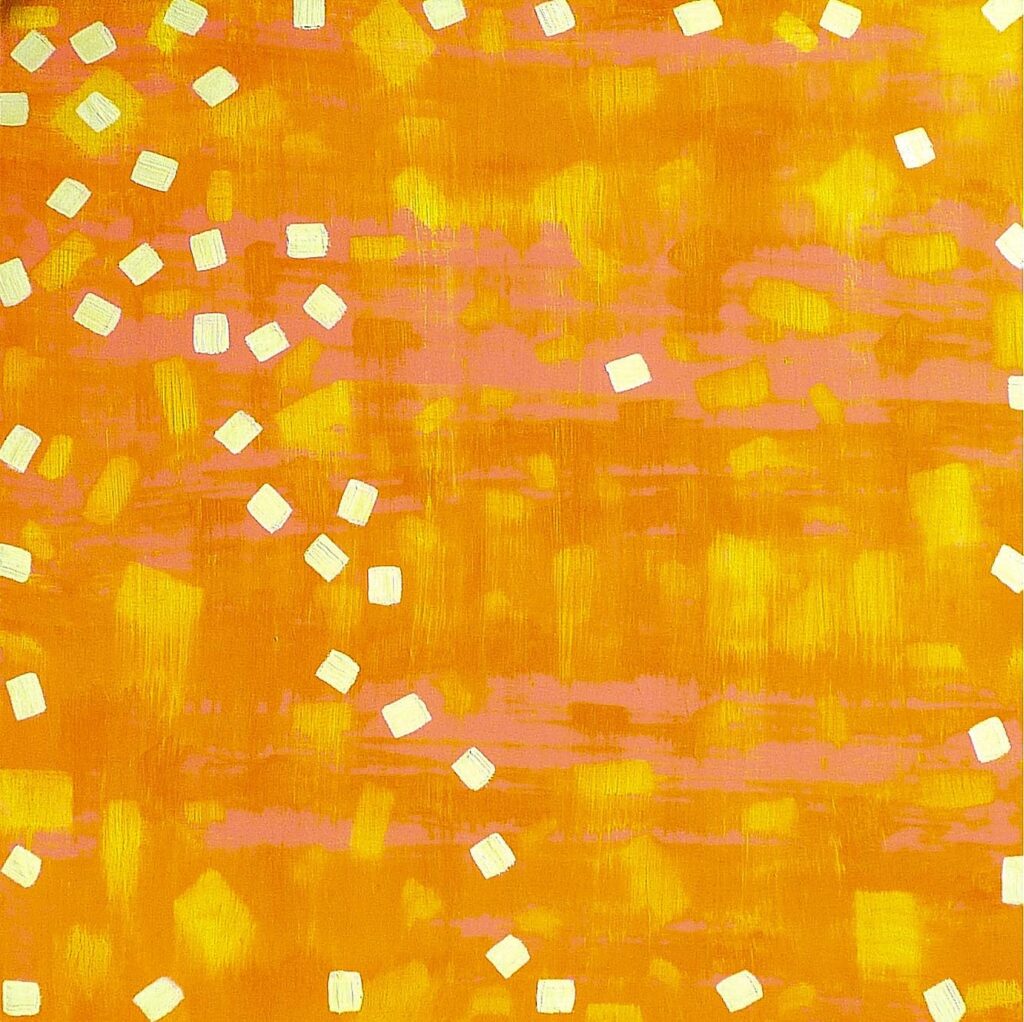 Long Hot Summer: The sun is the culprit, exasperating our need for quenchables in the form of libations that inevitably join forces with cooling contraptions and conveyances. In other words, a glass of ice water and an air conditioner.

The un-seasonable and the unkind merciless temperatures that many have been experiencing are taxing our mental well-being.

Johnny Johnson lives out in the flatlands of any country you choose to imagine. He, like most of his distant neighbors, welcomed the summer after experiencing the bone-chilling cold of a prolonged winter. Surprise!!! Summer came on with a furnace-like vengeance, leaving man and beast parched to the bone. Johnny decided that he needed a place to cool off. He decided to do what many animals had figured out over the centuries. He would go underground. With shovel in hand and a pick to break up the soil and the smaller rocks, he proceeded to dig and dig he did.

Johnny figured the best place to dig this cooling hole in the ground was right in the middle of his home. So he tore up the floorboards and chalked out a rectangle as the target for the dig. After about three minutes of turning over the soil, he quickly realized. “I need to do something with his dirty dirt.” Off he went to the shed where standing in the ready was an old rusty wheelbarrow. But it operated quite well; after all, wheelbarrows are not all that technical. Mostly it needs a wheel that will turn around and enough of a cavity to hold a reasonable amount of dirt.

Wheeling the wheelbarrow across the yard and towards his Big Dig, he realized he was going to need a ramp to get the darn thing in and out of the house. The stairs became an obstacle to overcome. The shovel, the pick, and the wheelbarrow were doing their job with very little to no sweat. But not so for Johnny Johnson. It was hard work especially moving the dirt out a distance from his dwelling. Which, as time went on, the dirt piles grew closer and closer to his front door. After all, it was hotter than Hades every time he stepped outside in the bright, intense sun.

The hole in the ground underneath the center of his room started the journey towards Australia. After all, it was winter there. He figured if he dug hard enough and long enough, he might go all away to the South Pole and take a plunge with the Penguins in some icy pool.

No less than 12 wheelbarrows, tippy topped with good and rich dark mother Earth soil, were hauled out the door by Johnny Johnson. The Big Dig in the center of his living room was a rectangle measuring 2 yards x 3 yards and one yard deep, give or take a few inches because of its overall unevenness. Johnny thought to himself. “Hell! I could drag my bed across the room and stick it down in this hole for earthly coolness.” But that would only make his body in the subterranean depth of maybe a foot and half because of the bed and its frame. Johnny was both happy and disappointed by the hole he dug. “I’m looking at a whole lot more work here, and I have to dig down at least 10 feet to reach the coolness I want and still have my bed in there.” Johnny thought.

Of course, without any kind of shoring when digging that deep, the walls could collapse on him. Bringing on an untimely death by burying him. No one would ever know what happened to Johnny Johnson on his quest to dig a hole for cooling purposes. He started to dig down another 2 feet or so. He was now at a depth of close to 6 feet. Taking everything into consideration, the digging wasn’t all that bad, very few rocks in the soil, which was pretty loose and flexible. Not even roots were strangling in from a solitary tree that was close to the house. The dirt walls were cooperating and not slipping back in behind his digging efforts.

Johnny pushed the shovel deep into the soil, giving it an extra push with his foot on the shovel’s top edge. But this time, the shovel fought back. It apparently hit something unexpectedly. Johnny thinking to himself, “Now what? Everything was going so good. The soil was soft and, for all intents and purposes, was pretty easy to dig in.” The only irritating factor for Johnny was having to haul load after wheelbarrow load of dirt out the door to the dumping pile.

Johnny Johnson tested the hardness of what he struck with a shovel in several areas. In one area, he would hit that firm object. And off to the sides, the soil would be soft again. After moving some more dirt around, he discovered there appeared to be some sort of large rectangular wooden box after about another 30 minutes of removing most of the soil from the top and sides of that wooden shape. He started to realize it was the shape of a coffin. “Holy, holy, what have we got here?” “Looks like someone has been cooling down underneath my floor for quite some time.” Johnny worked his way around the edges of the coffin shape and started to brush off the soil on the top to see if there was any writing carved into it.

The top of the coffin was now relatively clean, and Johnny discovered some writing on it, but like he said out loud. “Holy holy, what does this written say?” It was beyond his knowledge of any spelled-out words that he could understand. Johnny stepping on the coffin, hoisted himself up and out of the hole. He decided that he was going to go get a crowbar from the shed and open that coffin and see what was in it.

Back in the hole, with crowbar in hand, Johnny Johnson proceeded to pry open the coffin lid expecting to find a skeleton. But that wasn’t to be. Removing the top of the coffin caused a fair amount of loose soil to go in and fall on its contents, almost covering it up. Johnny reluctantly stuck his hand in there and started to brush off what appeared to be a group of small wooden boxes of various shapes and sizes. “Holy holy, what pray tell have I uncovered here? All I really wanted was a hole in the ground to cool down in. Now I have this coffin filled with little boxes to contend with.”

Johnny was trying to figure out how best to deal with this miniature box collection. Should he open them up while still in the coffin and him down in this hole? Or should he move them all out to the table above? He chose the latter action, and one by one, managed to get all the boxes out of the coffin, out of the hole, and up onto the table.

With little or no ceremonial actions, he decided it was time to open some boxes. He jokingly said to himself. “Shoot, this is like Christmas.” The first box he opened was a medium-sized one, and inside that box was some soil, not the kind of dirt that he was familiar with, but still, it was plain old-looking dirt. He went on to the next box, the same thing. Box after box revealed the contents of being dirt. He did think that was damn strange. Especially because the dirt contents all looked different. Some dirt had a reddish look; others were dark, dark black. There was even some dirt that was a mixture of colors but all earth tones.

The last box he decided to open was not the biggest nor the smallest. Expecting to find another box filled with dirt, he got a disturbing and scary surprise. For that box had in it wrapped in a silk cloth a finger. It looked like it was severed from someone’s hand. The flesh was still pink and intact. It almost looked like it had been cut off hours earlier. To add to the mystery of that cut-off finger was the fact that it had a very large mystical-looking ring on it. Johnny was a bit shaken, but the good news is there did not appear to be any blood on the finger or on the cloth. Johnny Johnson was one of those characters that did not like to see blood, especially his own.

The finger ring started to glow and then pulsate, scaring the hell out of Johnny. His first instinct was to run, head to town and get the sheriff. But curiosity was taking its course, and finally, he decided to figure out how to get that ring off that severed finger. He mustered up the strength he needed. He grabbed the stubby end of the finger, put his fingers from his other hand around the ring, and pulled it off. Standing next to all those boxes of dirt, he examined the ring. It had different kinds of writing on it, along with some unusual inlays of colorful stones that he clearly did not recognize. Holding the ring in his hand and examining it, he noticed it started to give off a glowing energy.

The temptation was too great to not find out what power this mystical ring may hold. He read stories about magical rings when he was a boy. And he thought to himself. “Maybe this is a magical treasure ring.” Johnny took the ring and matched it size to size to the finger it most likely would be comfortable on. Slipping it on his index finger created a bolt of energy that permeated every cell in Johnny Johnson’s body.

I invite you to complete the story. Take it in any direction you would like. I will be most anxious to see what you come up with.

“Stories, fiction or nonfiction have held society together by guaranteeing conversations.”