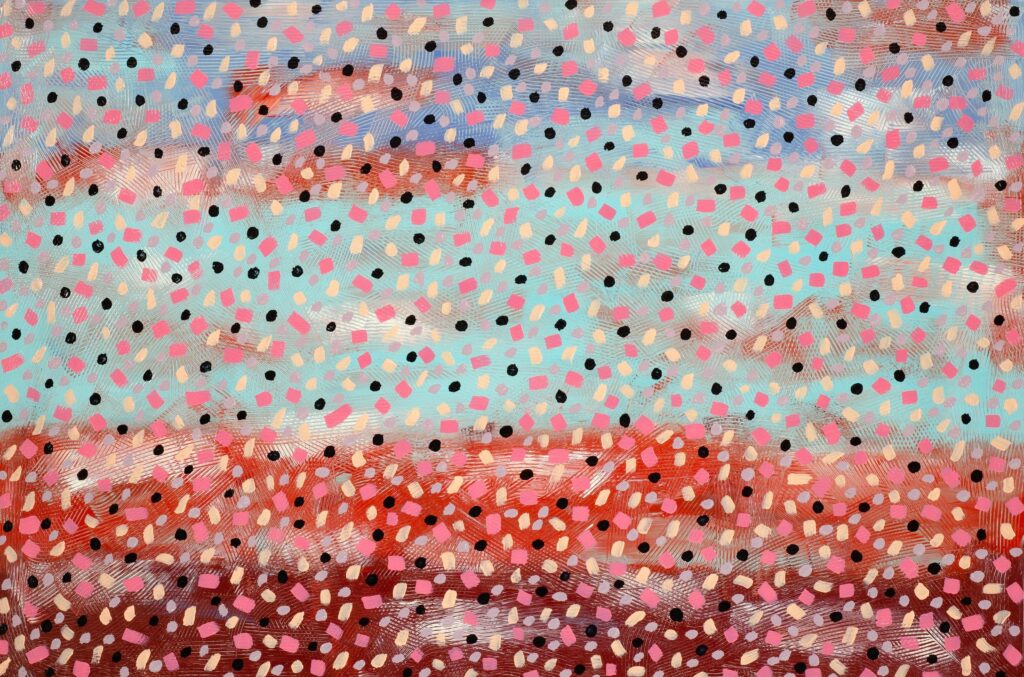 It was 6:06 when the alarm finally went off, Mallory looked at the clock with her usual morning wonder; curious why this stupid clock would never sound off at 6 AM no matter how many times she reset it. Anyway she thought to herself; early call at the studio, time to get ready again. She went through her usual morning routine; out the door, hopped into her yellow Fiat. Headed for the studio for the days filming, of the sitcom she’d been a cast member for nearly 6 seasons. Mallory really enjoyed working with her fellow cast members. Especially the woman who played her mother, who was always very attentive to Mallory’s sometimes deep feelings of insecurity.

On this particular shoot day, Mallory was having some difficulty getting into character. But again her sitcom mother gave her a cluster of hugs, that somehow seemed to make her get back into the swing of things. At the end of the day Mallory went back to the dressing room to remove her TV makeup, and change her clothes back to what she liked to call her more civilized attire. There was a knock on the door, and she responded “come on in.” It turned out to be Candace, a cast member she knew that was over on a different soundstage, shooting the promos for a new sitcom she would be starring in. Mallory had known Candace for several years; but never really palled around with her much. Candace walked up to Mallory and told her, “there’s going to be a little get together tonight with some of our fellow actors, I thought you might want to come over to my house and hang out for a while.” Mallory was anxious to go home and just relax but she agreed, that she would be there.

Mallory left the studio lot and headed to her home in los Felis. She dearly loved this old house, it was built in the early 1920s and apparently had a reputation of being somewhat haunted by all the famous and not so famous people that lived and partied there. Traffic was heavy so it took a solid hour to get home. She parked the car in the dingy, dusty and musty garage, that to her always smelled like wet newspapers. From the garage she had to go up several stairs to get to her front door. Upon opening the door again, she was hit with that old house smell; the one she usually managed to cover up with an array of strategically placed lit scented candles. She looked at the time and figured she could rest for about an hour before she needed to get ready and drive over to Candace’s home.

At 6:45 Mallory started the process of getting ready; selected the clothes she was going to wear, laid them on the bed, went in to the bathroom that was designed in a 1920s style. The tile was laid out in an Art Deco pattern, mostly black and white. The oversized bathtub had claw feet. The sink was large enough to accommodate a flock of ducks swimming. There was one thing Mallory was always very uncomfortable with. Along one wall, between the sink and the commode, was a old iron heat register, built into the wall. It was very unusual in design, it went up the wall about 3 feet, then the heater encroached upon the tile floor another 3 feet. Sometimes Mallory heard noises and it emitted not so pleasant smells. The heater was connected to an old oil boiler in the basement, that was way below ground level under the house. Mallory, avoided at all cost, going down in that basement, it was dark and dank and filled with spiders and strategically located cobwebs.

Mallory; wearing a slip and light rope, stood in front of a large ornate dressing mirror, that was attached to an antique dresser, which took up a good portion of one wall in the bathroom. The top drawer held all of her cosmetics. On top of the dresser, she had placed an old antique tray were her various bottles of fragrances stood like row of blooming flowers.

Mallory picked up her bottle of Quelques Fleurs, which was by far her most favorite fragrance to wear. As she pulled the stopper out she heard chilling sounds coming from the heater. The noise was loud enough to frighten her to jump, she lost control of the fragrance she was holding in her hand, it hit the corner of the sink, broke open and its contents rapidly disappeared down the great of the floor heater opening. Somehow the fragrance intensified the sounds coming from the heater.

Frightened, holding her breath, and with her heart racing, she stood motionless; and listened intently. She wondered if somehow, someone managed to get into the basement. She started to hear words mixed in with non-legible noise. Then she heard something that frightened her even more. She could hear her name as if someone or something was calling her. Her first thought was to call the police. But the sounds and the calling became mesmerizingly hypnotic. Her intense desire to understand what was going on kept her in her place. The voices became more clear it was the sound of a woman who spoke with much conviction in her voice. The voice shifted to a mantra, repeating itself over and over, “free my art, free my art, free my art.” The cadence increased as if the speech was coming closer toward Mallory, who by this time couldn’t move a muscle, even if she wanted to.

Mallory; although still extremely frightened. Listened intently, and try to understand what was meant by this apparitions chanting’s. She thought to herself, what does “free my art,” mean. She felt she was being challenged into an action, not to differently then how she felt when a movie director, put her through her acting paces. Mallory spoke directly down into that heater register; “what do you mean by, free my art?” Response came quickly. “The smell of your fragrance has brought me to life.” Mallory in no way expected to get such a complete and scary answer to her query directed toward the heater shaft.

Mallory in the past, acted in plays that had ghosts as characters. So she remembered many of the lines she recited on stage, and proceeded to engage, with what she now decided was a ghostly apparition. “what is your name? Will you show yourself?” Within seconds, Mallory got a response. “My name is Elizabeth; meet me in the parlor, Mallory.”

Mallory thought to herself, “do I even have a parlor, and how does this ghost know my name?” “Okey Elizabeth, I will meet you in what I call my living room.” Mallory cinched up her rope, kept on her slippers and headed for the living room. Within a matter of one minute, a faintly looking outline of a woman started to appear. She was eloquently dressed, but it look like she oddly had various colors of paint that had dripped onto her garment. As Elizabeth, the ghost became more prominent, Mallory was totally confused by why someone would be dressed so eloquently and have her clothes messed up with spattered paint. Mallory watched as Elizabeth move around the room, and seem to be focusing on the walls which were lightly decorated. Mallory did not like cluttered walls. Elizabeth, addressing Mallory, said in a sorrowful tone, “these are where my paintings are: here, and in other rooms of the house.” Mallory asked, “what paintings are you talking about?” Elizabeth replied “maybe I should tell you the story and what happened in this house in 1927. I was a very well known artist and I was married to a man who came from a very prominent family from the East. I was not able to bore him children, which he greatly resented, as time went on he started to become violent and hateful towards me.”

Mallory looked at Elizabeth, and then looked around the mostly bare walls in the room. She then asked Elizabeth. “Why do you say your paintings should be on these walls now?” “They are Elizabeth responded, their hidden behind a façade. Behind each of these walls hang over 100 paintings, that I created before I passed away.” Mallory looked somewhat confused but asked Elizabeth, “how is it that your paintings are hidden behind these sub walls?” Elizabeth who was staring intently at one particular wall and was acting very melancholy, replied. “I developed tuberculosis, my husband, who by then was hating me with a vengeance, told me on my deathbed, that he would make sure no one would ever see my artworks again. He had false walls built, them placed them over the original walls, hiding all of my paintings. He even threatened, that before he died he would burn the house down. But he was killed in a car accident and he was never able to deliver on his hateful promise.” “Wow!” Mallory was spellbound by all she was seeing and hearing.

“What would you like me to do Elizabeth?” “I would like you to uncover my paintings and let the world know about me, my story, and my beautiful art works, that are filled with deep joyful and sometimes sorrowful emotions. I believe Mallory, you live in a time when my art works would be considered to be most relevant.” I also know that once my art works can see the light of day again; I will be released from the torments of being a ghost, and I will be able to move on to my cherished destiny.” By this time Mallory was overcome with her own emotional feelings from seeing and hearing Elizabeth’s plight. Elizabeth’s image was starting to fade. Mallory new that this meeting was coming to an end. “Elizabeth I promise you I will not only uncover your paintings, but I will do my best to create a museum show so everyone can see your art and learn your story.” Mallory looked at the largest wall of the room that Elizabeth seemed to focus on the most, and then she turned toward Elizabeth, only to discover that she was gone.

Mallory kept her promise, she had the sub walls taken down and recovered all of Elizabeth’s paintings. Mallory, not wanting to disappoint Elizabeth. Managed to create a magnificent traveling art show that had its debut at the famous Metropolitan Museum of Art in New York. Elizabeth’s paintings, now famous and highly desired by collectors and auction houses; have been on tour throughout the great museums of the world. Mallory always felt Elizabeth was near to her at every showing. Mallory could feel a certain aura like warmth surrounding her, that she was certain was Elizabeth’s thankful presence.