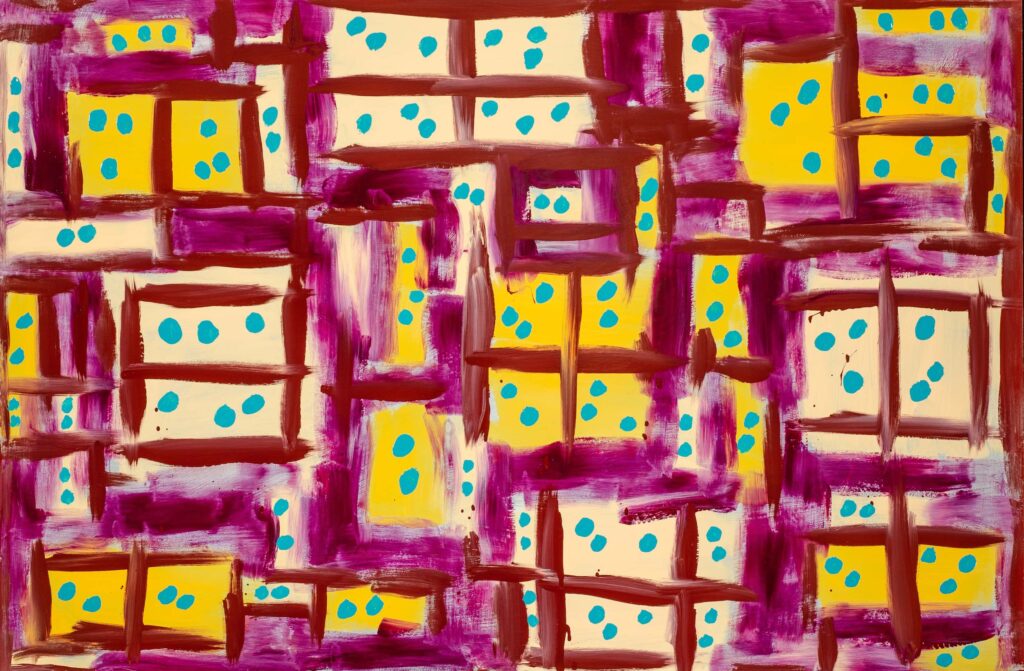 Creativity and boxing: Yes; when I say boxing I’m referring to pugilism. The way we land or hit the canvas. Creativity, when done properly is filled with bouts, just like in a boxing ring. You can take a pretty good thwacking during the creative artful process. Some painters approach a blank canvas with the idea of attacking it with a loaded paintbrush; these are mostly men artists; but history is replete with creative women that demonstrate much vigor. Creative by its very nature requires tenacity. You know who’s made it to the 12th round when the referee holds up the gloved hand of the battered winning creator. How do you know? Because these are the creative people that excel. You can see it’s in their art and especially in their output, and their innate ability to learn from their persistent mistakes.

Unlike a boxing match that typically goes for 12 rounds, the creative process has its own rules and parameters. The amount of time you are willing to spend in the ring, “studio,” generally dictates your chances of becoming a champ. Disciplined effort in your own creative space wins the prize; if nothing else, you benefit from the feeling you derive from the expended energies, both physical and mental, that are most definitely worth more than those extravagant championship belts, you often see wrapped around the middle of prizefighter when they parade about for the media.

Sometimes I think creativity is like going into a boxing ring, not that I have ever been in one. But there does seem to be some simile, and if you use a self indulging amount of imagination, you don’t mind throwing out a few metaphoric punches; and can come up with your own comparative thoughts on Creativity and Boxing.

So let’s go a few rounds:

Round five: I jumped all the way to around five because I figured you have been training for the creative event for quite some time. At this point, you’re probably just sparring. You needed a little time to get up the gumption necessary to tackle the creative task ahead; besides I doubt that I could come up with 12 rounds worth of things to say.,

Round six: You are on your way, everything is looking good, the creative juices are coursing through your veins. You’re weaving and bobbing like the creative prose you are, no negative punch is going to fold you over and hold you back. You know this because you have studied your creative craft, you know what to do,  know when to duck from negative thoughts, you especially know when you need to be progressively moving forward; holding back no punches, you’re a contender, you are a pug. Every bone in your body is focused on the task of winning the creative price.

Round seven: You’ve learned how to deal with the “left hook from hell;” the one that can knock you out of your creative ambitions. Round seven happens to be the telltale round; you either have the stamina and energy necessary to go on, or you start getting shaky and unstable. Your creative tools start to feel heavy and it’s hard to keep your arms and hands up to protect you from a vicious jab in the kisser. You may want to just dive to the mat, and take the count. It’s hard to stay creative when you are fending off the upper jab or the cross, or worst of all the corkscrew punch, that is hell-bent on convincing you to give up your creative ambitions and go down for the count.

Round eight: In spite of the challenges you’ve faced, and all the self-doubts in round seven; this is the round when you bolted out of your corner at the sound of the bell. You are full of steam like a raging bull, you are ready to fight back, you get your second wind. Your confidence builds, you know your scoring points with the creative muses. You know you’re not ready to head back to the locker room in defeat. You want to bask in a creative win, you know you can make it to the end, your opponent is starting to slip and make mistakes. He’s getting sloppy and mushy.

Round nine: This is a professional bout, you’ve made it this far; your confidence is high one minute, and the next minute it starts to wane, causing creative dizziness. You think about the “prize purse” you will gain when and if you win the perpetual creative fight. Being creative and making something that has value, that people are willing to pay you for, all leading to your creative prowess; your ego. Standing tall in the ring with your gloved hand up in the air, and the applause comes at you from all four sides. But wait a minute: your little punchdrunk; you need to concentrate… your creative fight has more rounds to go, more punches to take above the belt all the way to your shoulders and your head. You need to be ready for whatever comes your way, you could be knocked to the ground, your artistic work will shatter in your hands, and all will be lost.

Round 10: A boxing match is a battle of the wills. Your opponent wants to sabotage your creative output, and will use every dirty trick he can get away with, when the referee isn’t looking. You on the other hand, are an honest rule abiding fighter. You enter the ring to fight for your own authenticity, and originality in the art you create. Your will— to win must be all-consuming; you don’t want to end up face down on the canvas, or worse yet be thrown out of the ring. You must be aggressive with your hard-hitting, knockout intending punches, no backpedaling here.

Round 11 and 12: Blow-by-blow, bobbing and weaving, you’re up against a creative brawler, you must use your best check hook. Your combinations must be delivered rapidly and deliberately, you must be mindful of the counterpunch that is heading your way, “duck,” protect your sometimes apparent glass jaw of creative insecurity. Your opponent will deliver a haymaker, throwing you off balance and making you think, there is no way you can maintain your fighting stance. Don’t let the mauler, who is happy to deliver repeated blows to your creativeness; so you will want to abandon all of your artistic endeavors. Maneuver him so he is on the ropes; pick-off his punches, don’t pull your punches, your seconds away from knocking out the negative thinking that prevents you from being all that you can be in the world of creativity.

The decision: if you made it this far and you knocked out your opponent of negative thinking, you are the champion. The attending muses are all standing up, cheering for you… you won the battle of wits and wills. There will be other creative fights to show up for. There are plenty of distractive opponents hiding in the boxing ring of your mind, just waiting to cold-cock you and knock you to the floor. No matter how strong the negativity enters your mind, you have the puncher’s chance. You control the ring generalship. Roll with the punches. The ringside is filled with those who admire your creative works, they don’t want you to rope-a-dope. Your muses and your supporters don’t want to see a split decision, or a draw, they want you to win the battle that all creative people face when they challenge themselves to go beyond what they have achieved in the past. When every fight against creative demolishing thoughts. Move on to the best works of achievement that always arrive after a hard one battle in the emotional ring of negativity.

The choice is yours, be honest, never punch below the belt, but fight the good fight, the creative fight, that ignites your spirit. Be the champion of your own creative life, and you will discover that your fans and muses will stick with you, even during the difficult times, when your creative output is less than admirable. True fans will always recognize that you are a fighter; a fighter for originality and authenticity in the wonderful works of art you create. Listen to the theme from the movie Rocky. You’ll be surprised how much fight you will have in you.

If you just happen to be in an emotional snit, and you feel like you’re down for the count, and you can hear the referee, counting out the numbers, one through 10, slowly and deliberately. Get up: you won’t always be saved by the bell. Wipe the sweat from your brow, adjust your mouthguard, give yourself an attitude adjustment; after all, you eat, breath, and sleep creativity! It’s a fight worth always winning! Train for it! And you will excel and become a creative champion in whatever medium you choose.