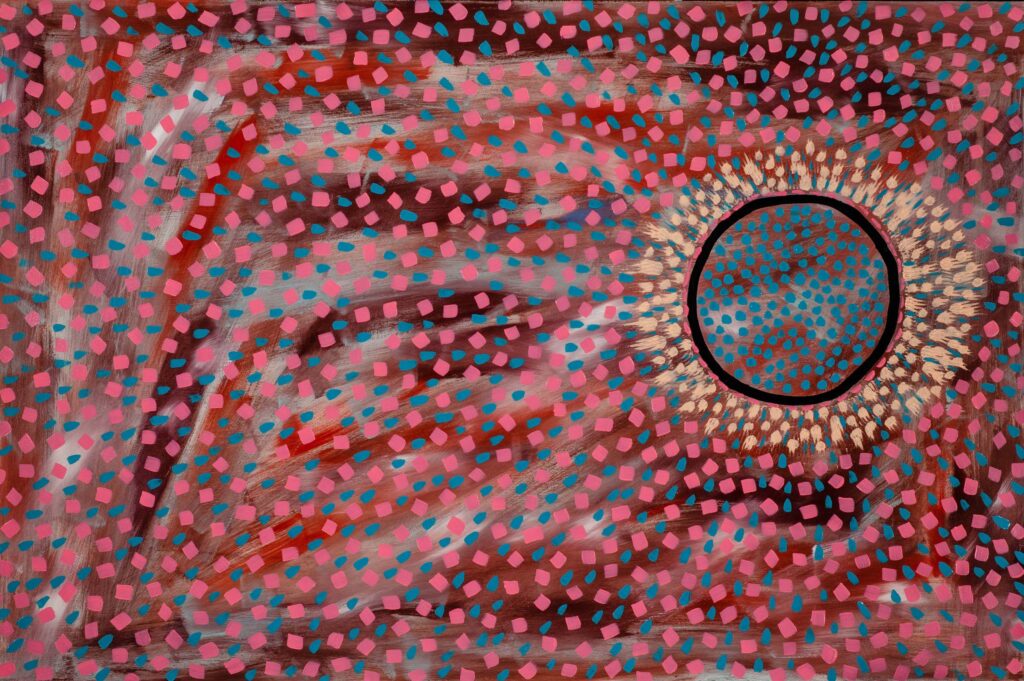 What Lois Lane knew about creativity: It was 2 AM Thursday morning. I don’t know why, but interesting stories like this always start around 2 AM in the morning. I guess it adds interest and intrigue. Lois and Clark were sitting in a booth at Charlie’s bar over on third. In the background from the booth where they were sitting, they heard the bartender yell out “Last call.”

Lois was pretty sure the last thing she needed was another drink. When she met Clark it was about 10:30 PM. Lois ordered her usual, a whiskey sour, a drink she adopted early on in her career, so she would not look like she was one of the boys when she went out with her fellow reporters; that were invariably all men. The drinks were hitting her pretty hard; she did not have much of a lunch, desperately trying to lose five more pounds so she could fit into her skirts that were starting to get a bit tight, and causing too many unwanted glares when she was out on assignment.

Clark, that would be the mild-mannered Clark Kent, was having his usual, a ginger ale that he was nursing prior to and during the whole time he was chatting with Lois. At about 2:10 AM, Lois finally got up enough courage to tell Clark something she has wanted to tell him for the last few years, but never found the perfect time; nor was she brave enough to tell him until she was comfortable in knowing that he could keep her secret.

Lois looked at Clark, he knew there must be something she wanted to tell him because they did not typically meet for drinks especially late in the evening. “Clark, there is something I want to tell you, but I want you to promise me you won’t tell anyone else.”

Clark looked at her with concern. “What’s this all about Lois? I’ve known you for a few years now and you’ve never been this serious or secretive.”

Lois looked down at her empty drink, then she looked up at Clark. “I wanted to share with you the fact that I have a child.”

Clark did not seem to understand, “I know you have a child living with you. What is he… about 14 now? And his name is Ricky.”

Lois became a little more nervous. “What you don’t know Clark is… Ricky is actually my son. I had him out of wedlock.”

Clark was surprised, but in a gentle way asked her, “Do you know who the father is?”

Lois picked up the napkin under her drink and started twisting it with both hands. “I’m pretty sure I know who it was, but I don’t really want to reveal his name, it could be embarrassing for everyone if others found out.”

Clark was kind of taken back by Lois’s admission. He reassured her, “Well your secret is secure with me; I know in these times we live in now, you probably would’ve lost your job at the Planet, if anybody knew the real story.”

Both Clark and Lois worked for the Daily Planet, a broadsheet newspaper, in the city of Metropolis. They both answered to Perry White the editor-in-chief. Lois’s longtime friend at the paper was Jimmy Olsen; and no he was not the father of her child;  it certainly wasn’t Perry White. At some point, along the way, Jimmy introduced Lois to Clark. Neither one of them knew much about Clark’s background, he never talked about his personal life and he always had a way of disappearing when they were covering a hot story that involved crime.

“Lois,I’m not sure why you decided to share this personal information concerning Ricky with me. It seems extremely personal. Besides there’s not much I can do to lessen the burden of your kept secret, and maybe some of the guilt feelings you have.”

“Clark, there is something you can do, and the reason I told you about my son Ricky as being my child.” Lois, reached out for Clark’s hand and said; “I know it’s late but could we go to an all-night diner have a cup of coffee and I will tell you why I’m reaching out to you.”

Clark held her hand tightly and said. “Look Lois, it’s pretty late and you look pretty exhausted. I think we should both go home and plan on discussing this tomorrow.” Lois felt completely at ease with her hands being held by Clark’s.

“Perhaps you’re right Clark, it would be better if we discussed it tomorrow, I am praying you will be able to help me.”

It was early afternoon by the time both Lois and Clark could get away from the paper. They decided to meet at the Coffee Pot on Eighth Avenue and 23rd St. At this time of day they knew they would be pretty much alone there, the other reporters very rarely went to this spot in the afternoon. Most of the rest of the guys and gals hung out at, Chock Full O’Nuts on Lexington Avenue and 86 Street; but more often than not, coffee was not the beverage they were seeking, they generally went to their favorite watering hole; and that most often was McSorleys 15 E. 7th St., Lois could never go there with the rest of the guys, because the bar would never allow women; in fact they didn’t even have a women’s restroom.

Lois and Clark ordered a cup of coffee, which Lois promptly added large amounts of sugar and cream, again she did not eat lunch, so loaded coffee kept her going. She started her conversation with Clark by telling him that “Everyone thinks Ricky belonged to my sister.”

Her sister, Betty who was divorced, took care of Ricky after he was born while Lois was attending college to become a journalist. “You see Clark, unfortunately Betty was killed in a freak elevator accident, so Ricky became my full-time responsibility. I made up the story that it was my sister’s son, and that I was now taking care of him after she passed away.”

Clark quickly scanned Lois’s face and told her, “Well in one way I would say Ricky is very lucky to have you as a mother, and I’m very sorry to hear that you lost your sister.”

Lois was thankful to hear Clark say that about her being a good mother; she told Clark, “It was tough at first, but fortunately Ricky was close to five years old, and I had already graduated from school and was an intern at a small paper until I landed my job on the Daily Planet.”

Lois explained, “Clark, this is what I wanted to know if you could help me with. Let me tell you a little bit about Ricky. He is an extremely talented artist, he already was an accomplished drawer at a very young age, he was even making pictures of things he saw out the window, when he was only three years old. As I watched him mature as an artist, I was amazed beyond belief. I started to read everything I could about the art world here in Gotham.”

“There is this place called the Art Students League on W. 57th St.” Clark smiled, “I’m familiar with that place in fact, I had a chance meeting with some pretty bad guys, on the roof of that building while I was doing some reporting on crime in Gotham city. I guess that would be a terrific school for any artist, it sounds like it’s the perfect school for somebody like Ricky.”

Lois’s eyes scanned Clark’s as she spoke, “Clark, I know you know a lot of people in this town, and you are so highly respected. If you could help me make introductions to the right people. I know Ricky would not let you or me down. He has the talent to become the renowned artist I know he can be.”

Clark was quiet for a moment, “Lois, I will do this for you and for Ricky, especially because you believe in him so much.”

Lois’s eyes began to tear up, which was uncharacteristically like her; she was a tough reporter and not easily moved to being overly emotional. “Thank you Clark, I felt I could count on you. I’ve really been educating myself about art, the materials used, which I have been buying for Ricky. Virtually everything he asked for I made sure he had.”

“So you think he’s that talented” Clark said in a compassionate way.

Lois replied proudly, “Yes Clark I know he is. Let me tell you Clark what I know about art. It not only takes raw talent, but it takes time… day by day, month by month, and year by year, you either become really good or you don’t. I’ve watched Ricky develop for the last several years. I’ve studied his brushwork, his palette, his composition. I could see he is truly authentic and original, I really don’t know what famous artist I could compare him to, but I guess the closest one I can think of would be Paul Cézanne.”

“Yes Clark, I think he is beyond that good.”

Clark put his hands together and pointed his two index fingers up in the air, tapping the tips together making the steeple of a church, indicating that he was very confident in what he was about to say. “I’m anxious to see Ricky’s artworks and renderings, that will allow me to brag for him, with the various people I know that can help launch his career.”

Lois reached up and grabbed Clark’s hands from the command position he was projecting, and gently squeezed. “You know Clark, there are a lot of bad things going on in this city. If I can help my son bring beauty to this world and lift people’s spirits and give them joy, my life will have been worthwhile.”

Clark felt and could see in Lois’s eyes and heart, the sincerity of her mission, he himself knew that the world was filled with turmoil, and maybe beautiful art might help people refocus on what is good and make them run away from evil.

Lois stood up and went over to Clark’s side of the table, reached around and gave him a hug that she knew he would never ever forget. She thought to herself “I’ve always wanted to be closer to Clark, and I never thought my passion for art, and the beauty I see in my son’s creations, could touch Clark in such an emotional way.”

After Lois gave Clark the hug she was sure he would never forget, a strange feeling overcame her she noticed how incredibly firm his body and muscles were. He seemed to give off an energy that she never felt from any other human being. His appreciation and understanding for her son’s artistic talent was beyond anything she could’ve imagined, from this especially mild mannered gentleman. Lois thought to herself. “Clark is truly a Superman.”