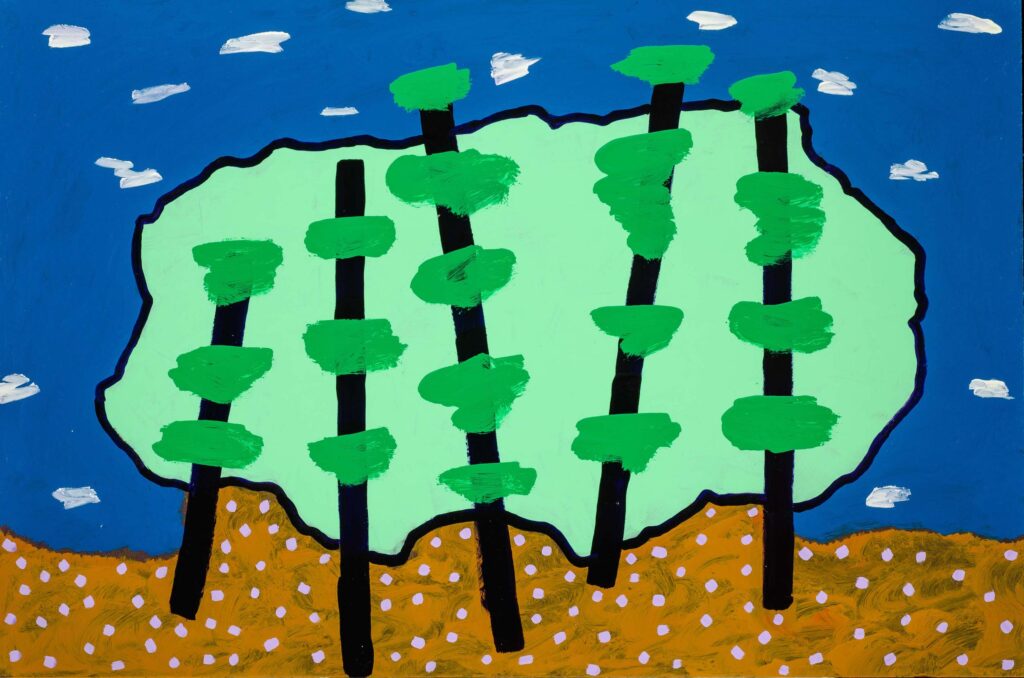 “Now is the time to start making arrangements for Vivian to get to France, the town of Giverny.” she thought to herself. Vivian Bray had the most annoying habit of referring to herself in the third person. It was Monday morning and Vivian was excited to call the travel agency. In her mind she had been planning this trip for the last six months. Vivian was an artist who spent most of her creative time in the great outdoors. She hated the idea of being locked up in the studio, even during the winter months she’d wrap herself in bundles of clothes and would go out and paint even during a hard snowfall. Vivian now had the chance of a lifetime to go and paint in Monet’s garden a dream that had hauntingly, started years earlier.

A gentleman answered the phone at Poe Travel in Little Rock, Arkansas, “We will get you anywhere in the world safely and on time. This is Brad, how may I help you?”

“Vivian needs to go to Giverny, France and be there by April 20, and booked into a room.”

Brad responded, “Should not be a problem at all, April is a lovely time to be in France. May I ask where Vivian will be traveling from, and will she be traveling with a companion.”

“Vivian will be traveling by herself, and she will be joining a group of fellow artists for plein air painting at Monet’s Gardens.” At this point Brad was getting a little confused, “So who is Vivian, is she a friend or relative of yours?”

“Me: I’m Vivian.” Brad, trying to be extra polite and understand exactly what she just meant, asked, “So I’m speaking with Vivian. Is that correct?”

“Yes it’s me, Vivian, and Vivian is an artist who likes to paint outdoors, and this is a chance of a lifetime for Vivian to go and paint in Monet’s garden, and I hope to paint in Paris too, while I’m there.”

It took Brad a little time to figure out Vivian’s style of talking to people, but he managed with a silent shrug, and proceeded to ask her all the pertinent questions a good travel agent must ask to make sure Vivian was able to leave the United States and travel to another country, have suitable accommodations, and return safely.

On April 18th, Vivian made it to the General Mitchell International Airport in Milwaukee; well in advance of her booked flight. She checked in her suitcase, but insisted to herself that she was not going to let her pride and joy, Monet French easel out of her sight. She also made sure her Coolibar Miranda wide brim hat was comfortably resting on top of her head during her flight. When the flight attendant asked Vivian, “Would you like me to put that box you have on the floor in front of you up in the overhead bin?”

“Oh no: Vivian keeps her paintbox right in front of her, and where she can keep an eye on it.”

“Okay my dear, no problem,” the flight attendant thought to herself as she went to the next row of passengers; “So this passenger Vivian, is one of those Illeism people.” Karen, the flight attendant knew this type of personality, she had a cousin that always talked in the third person. Karen went to Wikipedia to find out why people talk that way, and what it was called. It was rare for Karen to run into a passenger that would diminish their self-importance, when it seemed like most passengers these days were quite the opposite.

Vivian arrived in Paris, and followed her travel agents itinerary. She managed to locate the bus that was going to take her to Giverny, a 75 km or road trip. There she would take a cab to the La Chaine d’ Or Hotel. The hotel she would be staying in for the next 10 days. When she checked in she asked if there were any other plein air artists staying at the hotel?

Monsieur Decoux the desk clerk told Vivian, “There is only one that I am aware of. He is an American traveling from the city of Des Moines, which I believe is in Iowa. Vivian replied, “Oh thank you. I was hoping that I could travel with a fellow American over to Monet’s garden where we will meet up with the rest of the plein air group.

That morning, at the prescribed time, Vivian was in the lobby with her painting gear all ready to go. The lobby was pretty much empty, so it was not hard for her to spot a gentleman carrying a similar art easel and paintbox. He boldly walked up to Vivian and said, “My name is Henry Steele, may I ask your name? It looks like we’re both headed to the gardens this morning for a wonderful painting outing and experience.”

Vivian’s first thought was Mr. Henry was a very attractive and polite man. And for Vivian that was good. She was accustomed to having men approach her all the time. Vivian was born with, or maybe, as she might say, cursed with a rather voluptuous body. No matter where she went men would zero in on her; and always the wrong kind of men.

Henry was very kind in a charming way, he didn’t seem to be aggressively scanning Vivian’s looks and body. Vivian thought to herself,” This guy seems to be alright.  It will be fun to go painting with him, even though I know I paid a lot of money to get here and I really do want to concentrate on turning out a bunch of good paintings.”

Vivian and Henry got on the shuttle that took them to Monet’s garden. They sat next to each other, and got to know each other’s history’s. He was single; and so was she. And for some reason Henry thought Vivian’s peculiar way of referring to herself in the third person was rather charming and endearing.

Once they reached the gardens, the head of the plein air group, Ms. Kramer, gave everyone instructions on how to behave in the garden, what areas of the garden permitted painters, what time a picnic lunch would be served, and what time they needed to wrap up at the end of the painting day.

Pretty much all day Vivian kept to herself, concentrating on the work at hand and thoroughly enjoying every minute. She kept her brush to the canvas. It was one of the most inspirational and soul rising experiences she had ever known. She even sat by herself to eat her lunch; just reflecting on the beautiful gardens she was sitting in.

Vivian was having constant dialogue with herself and asking herself questions. “Isn’t this the most fun we’ve ever had Vivian? Vivian is painting beautiful works of art that she can’t wait to show your friends back home.” And so Vivian’s conversations with Vivian continued all the while in the gardens. She even wondered if the spirit of Monet wasn’t standing over her shoulder and encouraging her on. “Yes! Vivian use more lavender.” Monet’s ghost instructed her. “Keep your colors on the pastel side, you’re very good at mixing the green tones.” Vivian followed Monet’s instructions. All the while Vivian was in total agreement with the dialogue she was having with Vivian herself, and with the famous Impressionist Claude Monet who managed to dominate her dreamlike state.

The painting day ended and back to the shuttle Vivian again sat next to, “Mr. Henry.” As Vivian started to call him. Henry asked, “Did you have painting success today Vivian?”

Vivian replied, “Oh yes, Vivian had a marvelous time, I was even visited by Monet’s ghost who instructed me on which colors to use, he seemed to be very partial to violet and certain shades of green.”

How interesting Henry replied, “So Vivian and Monet got to chat it up about art and the colors he used when he was painting all those water lilies huh.”

“Yes indeed! You will see what Vivian did when we get back to the hotel. I will show you my days’ work, three 5 x 7 canvas boards, I managed to complete today. Vivian is very proud of Vivian’s work today.”

Vivian and Henry decided they would have dinner together, they ordered French onion soup and for the main course, Coq Au Vin. For dessert they had the chef’s special Apple Tart. The whole meal was accompanied by a bottle of Château La Tour 2005, a rather expensive Bordeaux wine that Mr. Henry thought was a good way to celebrate their happy meeting and the successes they had painting in Monet’s garden. They chatted for a while and then went off to their respective rooms.

It was about 10 PM when Vivian’s phone rang, it was Henry asking, “Would you care to join me, in my room for a nightcap.”

Vivian did not hesitate to answer, “Vivian would enjoy that very much, I will see you shortly.” This was not Vivian’s typical response; she never had considered herself to be an easy make. But time was marching on, she was 38 years old and no man had ever asked her for her hand in marriage. Vivian looked in the full-length mirror that was attached to the closet door in her room. “Vivian you still look pretty amazing, and Mr. Henry is not only handsome he’s very polite and doesn’t seem to be another lecherous jerk.” Vivian thought to herself.

Vivian knocked on Henry’s door. He opened it with a big smile as he looked into Vivian’s greenish eyes that seemed to go well with her darker hair and light complexion. Vivian returned the scrutinizing look with a smile on her face and said, “Hiya Mr. Henry.” He invited her in, and he just happened to have another bottle of red wine opened on the table. Not a fancy Bordeaux like at dinner, this one was much softer and a little bit sweeter. He poured each of them a glass and they sat down on the canapé. They chatted mostly about art and then they dropped that subject as the wine took its effect, and made the ambience more romantic. Vivian stood up and said “Vivian needs to go to the ladies room.” She had stuffed in her purse a soft white négligée. She anticipated that her evening with Mr. Henry was going to be a passionate one.

When Vivian opened the door she saw that Henry had changed into a robe.

Vivian said, “Vivian thinks great minds think alike and, Vivian thinks I’m looking forward to being in your arms.” A romantic evening was shared by the two of them.

For Vivian and for Henry, this became the plein air affair to remember. When they both returned back to the states, some weeks later they met again. They wined and dined and shared another bottle of the Bordeaux wine; the one they had during that romantic evening in the hotel room near Giverny Vernon, France.

You can meet very interesting people when you travel with your paintbox. And in this particular case these two kismet lovers ended up on the altar, where they married and lived happily ever after. When they were asked how did you two meet each other? They both looked at each other with a reflecting gaze, and turned and almost simultaneously answered it was “The Plein Air Affair.”