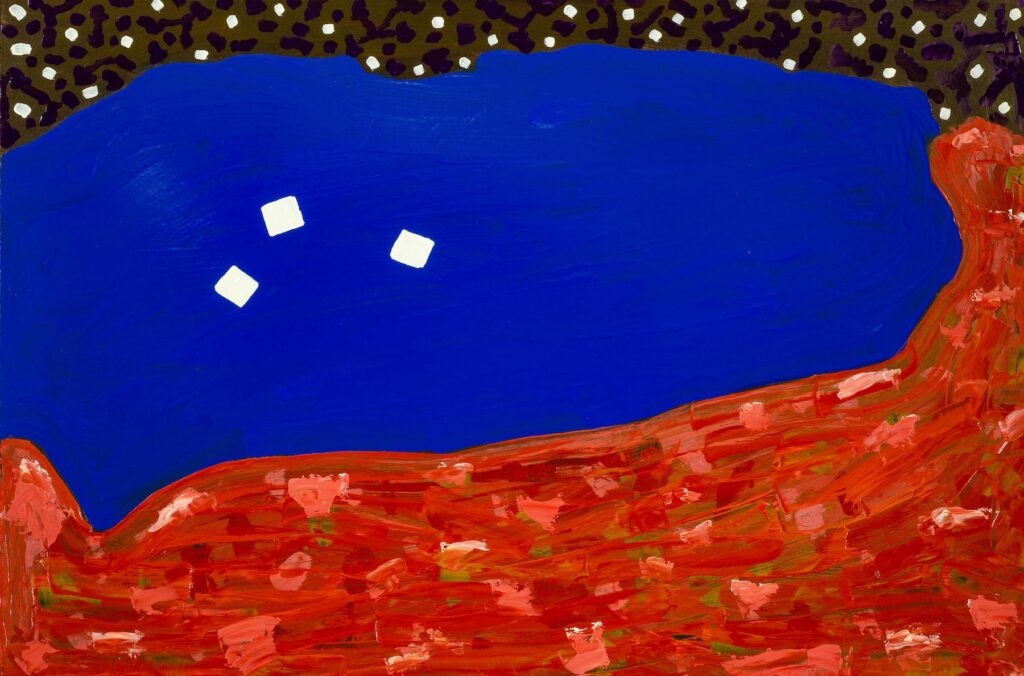 Starlight Mesa: Up on the ridge of Table Mountain stood a shack of a house. Above the narrow main door leading into the somewhat dilapidated wood structure was a sign. The whitewashed signboard, with faded black lettering, read Starlight Mesa. Perhaps announcing a dream that had since been lost.

There was a small herd of wild burros with long pointy ears that varied in color from black to brown to gray. Ranging in various sizes, the burros roamed the area on top of and near Table Mountain. For some reason, at least two or three times a week, the burros would congregate around the Starlight Mesa shack. Mostly by the front door. One by one, they would start braying almost like they were warming up to perform a serenade. And often, they did.

Few people ever saw this Tabletop Mountain shack. It was built by hand from mostly lumber that was salvaged from tear-downs in the valley below. In the beginning, the lumber was hauled up to the top of the mountain by wagon. And then later by truck. At one point, the owner of that property paid to have a power line strung from pole to pole up the side of the mountain and to the shack, which by then was starting to look more like a proper home with property. As time went on, more people moved up to Tabletop Mountain and started a little community which was a couple miles on the other side of the mesa from the Starlight Mesa dwelling.

It was Saturday morning about 9:45; a gentleman by the name of Tom Jason walked into the Brookdale Terrace senior living home. Located some 60 miles east of Table Mountain. There Mr. Jason met up with an older and somewhat frail gentleman by the name of John ‘Rusty’ Williams. Tom greeted Rusty with a warm and genuine hug and said, “Rusty, are you ready for your big trip today back up to Table Mountain?” Rusty’s eyes got a little watery, but he said in his characteristic gruff voice. “Hell yeah, Tom, let’s get going.”

You may be wondering what John ‘Rusty’ Williams and Starlight Mesa have in common. Well, it’s a simple story on the surface, but the deeper you dig, the more complex it becomes. You see, Rusty built that home on Table Mountain for his one and only true love Maggie Rogers. And they actually married and lived there for five straight years. It was a blissful marriage. Uncomplicated by the inconveniences of living on top of a flat-surfaced mountain, that would’ve stressed most couples’ relationships.

On the fifth year of their marriage, in the month of October, something unearthly took place at the Starlight Mesa home. And it may of had something to do with why there was a sign over the door calling the place Starlight Mesa. This is purely speculation, mind you. On that fateful night in the month of October, the sky was filled with stars, from horizon to horizon. The vantage point of being on top of Table Mountain created unencumbered vistas into the night sky without the interference of any city lights.

It must’ve been around 11 o’clock at night both Rusty and Maggie were wrapped up in blankets and sitting outside. They weren’t chatting much to each other, just taking advantage of the canopy of starlight above their heads. As the night progressed, they both entered into an almost hypnotic dreamy state. Which seemed to affect Maggie more than it did Rusty. The temperature took a severe drop which added to their in and out-of-consciousness dreamy experience. Without any kind of warning, something happened that would change their life together forever.

Maggie Rogers was a woman who lacked complexities in her thinking and in her demeanor. Which often seemed to make her vulnerable. This night of all nights created an unexplainable change in her persona.

Both Maggie and Rusty slept all night out in the cold under the starlight above the mesa. As the early morning light gave way to the warming sun that was positioned in the perfect azimuth to shine directly into their sleeping eyes, they both awoke simultaneously. Rusty reached out his hand over to Maggie and welcomed her to a new day. Maggie placed her hand in Rusty’s hand and gave him a gentle, sweet smile. At first, there was nothing particularly unusual about this awakening moment. But the awakening was going to be life-changing for both Rusty and especially for Maggie.

Maggie stood up first and shrugged off the layers of blankets that kept her warm through the night. She stared off into the distance and then turned to Rusty and said. “I am not Maggie Rogers anymore.” Rusty was still a little groggy, but he focused his attention on what he just heard his sweetheart Maggie say. “What are you telling me, Maggie? What do you mean you’re no longer Maggie Rogers. I know when we were married, you did not want to take my last name, and that was okay by me. But what do you mean by saying you are no longer Maggie Rogers?”

It was quiet enough on top of that mesa. But it seemed to become even more quiet. No morning birds were singing. It was as still as still could be. Maggie looked back at Rusty and said. “My beloved husband somehow or at some time during the night, I no longer was Maggie the one you know and love, at least not in the mortal sense anyway. My mind opened up. I must leave you for a while. There is a destiny waiting for me that will require me to travel great distances and not on this earthly plane.” Rusty was not a man of great intellect, but he certainly knew that he wasn’t talking to his sweet loving Maggie. She was as different as night and day in his mind. He thought to himself, “She doesn’t even talk like Maggie.” He stood up and went over to her and put his arms around her, and said, “I don’t really understand what you’re telling me, but I can tell that you are not Maggie. I don’t know who you are, and for that matter, I don’t know what you are.” Maggie took a step back from Rusty and turned. She just stared off into the distance, maintaining an aloofness that was completely out of character for her.

Before noon on that fateful day, Maggie was gone. She just walked away from Starlight Mesa. And she hadn’t been seen in nearly 10 years. Rusty, for all practical purposes, was going out of his mind with worry, but he also had a feeling that something wonderful was happening to his dear sweet Maggie.

It took about an hour and a half for Tom to drive Rusty up to Table Mountain and over to the Starlight Mesa home. Rusty, who had made this trip annually, ask Tom to leave him alone for a while. Rusty went to the door of the Starlight Mesa house. And as what always took place year after year, Rusty stood in the middle of the doorway under the Starlight Mesa sign, and he would hear Maggie’s voice. She spoke with warm and loving-kindness and said to Rusty, “We will be together again someday. You will find me in a far-off place where we will share a life together that will last an eternity. She told Rusty that there was an infinite wisdom hidden in those two simple words that they named their home. Starlight Mesa is a place that can be found on top of a mesa in the Southwest of the United States. But few will be given the opportunity to go beyond the physical mountain itself.

Where did Maggie disappear to? Or better yet, where did she literally go? Leaving behind someone that was so precious to her. What untold force persuaded her or possibly abducted her to an outer dimension. The answer may only be found at Starlight Mesa. At least we know one thing for sure, Rusty can still speak with her at the front door of their rustic home under the old worn-out sign where it all started. And I suspect if Maggie has her way, he will be joining her soon in the stars of Starlight Mesa.

“I pushed my spirit up into the stars, and it signaled me back. You have a destiny, and it’s here, and it’s now.”    Rod Jones Artist