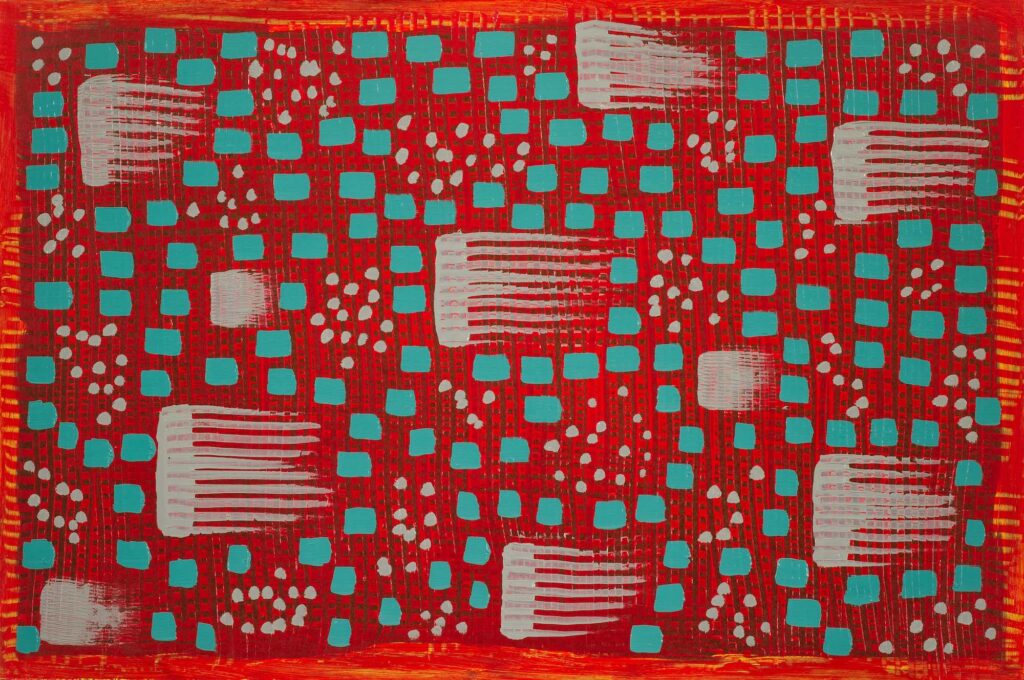 You Live Inside Your Mind | Oil on Canvas | Rod Jones Artist

My Mommy Has Tattoos: Cindy who was about 8 1/2 years old and her mother Beth days away from turning 30, were in the process of checking out at a grocery store. When it came time to pay for the groceries, Beth was having trouble getting her credit card to pay for the items they just purchased. The checker, who was understanding, told Beth quietly, so no one else could hear, “it looks like you don’t have the funds.” Beth pulled out her cell phone so she could call her bank and find out what the problem was.

Cindy, like most eight-year-olds, was hanging on to her mother’s dress, and feeling a bit insecure standing there while other people in the line were acting very impatient and staring at both her and her mother. Cindy would look back at them, and then look up at her mother. The back-and-forth looks went on for a minute or two. Then Cindy focused more on her mom. From her position in standing only about 4 foot high, her perspective from that angle, she became acutely aware of her mother’s tattoos.

Beth got her first tattoo illegally on her 15th birthday. And as the years passed she kept accumulating more and more, to the point where she was almost dressed in them. Probably the most prominent ones, and the ones that most people saw first were on her neck and around her ​​décolleté. They were not all that colorful, mostly muted colors principally black, dark red and a little bit of dark burgundy. The shapes and design were mostly floral looking, Beth did not go in for anything that was recognizable and especially nothing that was satanic.

Still watching her mom, literally now focused primarily on her, and not paying attention to the inpatient people waiting for her mom to check out. She, for the first time, really recognized how tattooed her mother was. Of course she saw the mothers of her fellow classmates in school and some of them had tattoos but nowhere near as many as her mother. At 8 1/2 Cindy was trying to understand. She thought to herself, “my mommy has tattoos.” Did that really mean anything to her? She loved her mother very much and she never felt uncomfortable or embarrassed when she was with her mother, especially in the summer when Beth wore clothes that did not cover many of her tattoos.

It’s hard to really imagine what Cindy’s 8 1/2-year-old mind was really thinking. But if he were to ask someone that understood the reasons the answer she might receive would go something like this.

Peer pressure, media influence and personal expression are some of the more common reasons people get tattoos. Sometimes wearing and showing off tattoos can be a sign that you belong to a certain group. Why did Beth have so many tattoos? Especially when you consider she started to adorn herself with them at the age of 15, and now that she is about to turn 30, she has had a 15 year history of self tattoo adornment.

Cindy and the tattoo dilemma, or the subconscious desire for expression will continue next week in Part 2.