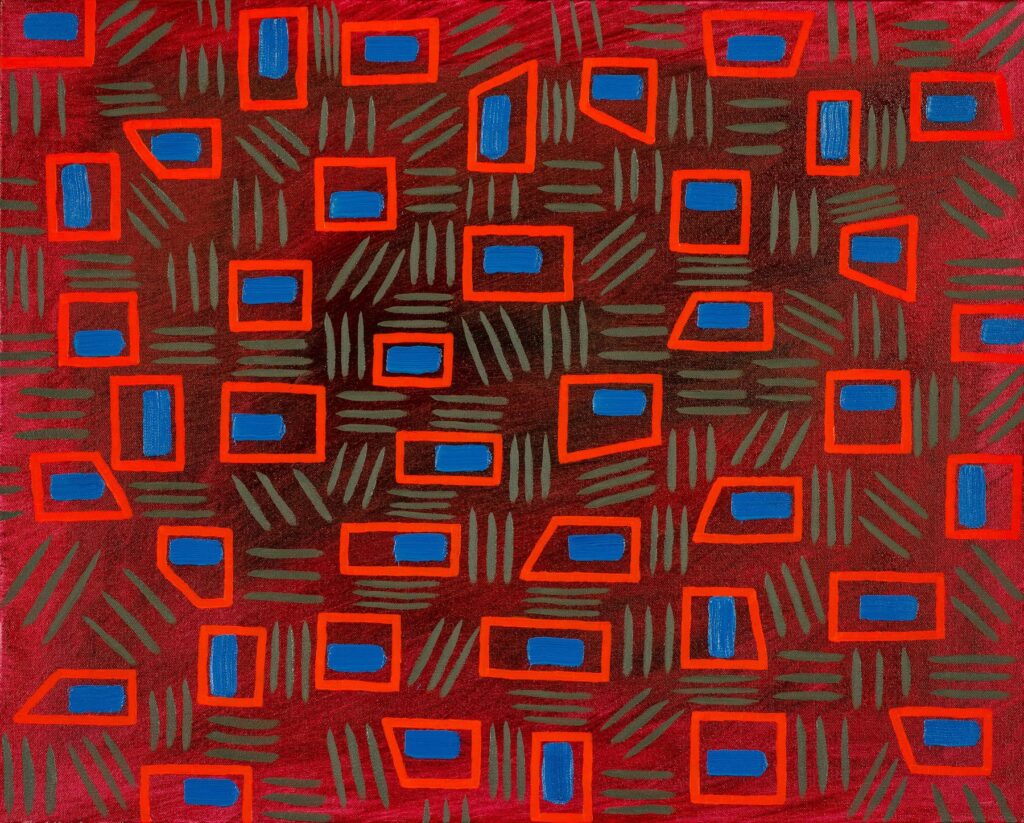 Logic of Thoughts: One by one, the desk drawers slammed shut. Nancy was desperately looking for something she rarely, if ever, used. It was almost a treasure hunt going through her Army-Navy surplus desk. It was big and especially heavy because it was made out of metal. And had this distinction of being painted battleship gray. The top was made out of some kind of vinyl, but Nancy really never could figure that out. When she bought this desk, it didn’t come with a chair, so she searched other military surplus stores until she found this humongous battleship gray swivel chair. When she would sit in it, she would be amused by the fact that she was pretty sure that three Nancy’s could sit side-by-side on that overwhelming seat.

As the metal doors were pulled out and then slammed back in, it made quite a ruckus. She was sure that her neighbors thought she was being attacked somehow, but she was actually just looking for her stapler. Which she found terribly amusing in the first place because who uses a stapler anymore.

Nancy’s job allowed her to work from home. For office supplies, she never needed much more than a yellow pad to scribble notes on. But today, she had papers that were mailed to her, and she felt compelled to staple those together. Nancy climbed down off her big metal chair and searched her home office room for that stapler, but it wasn’t to be found.

Prior to Nancy’s companies invitation for her and all of her fellow employees to work from home, she had one of those jobs where you did some deep research. Most of which was related to various military and government agencies. It was pretty surface-y stuff, nothing that would require any special kind of clearance, like a secret clearance. She felt doing this kind of research required a big important metal desk. She was sure it came off of some battleship from the ’40s. Maybe a naval base, or possibly even the Pentagon. Which added to its importance, at least in her way of thinking.

Standing no more 5’1″, and that was when Nancy was wearing her house slippers. She walked up to her chair, and like a cat, leaped up into it. She had to keep it extra high so she could comfortably reach her keyboard on that barge of a desk. It was mid-day Thursday, and she wasn’t hungry for lunch. She started in on some research that she knew would require her to look for the information she was seeking on the dark web. A place where she was extremely uncomfortable going into for research, and for that matter, any other reason. She logically assumed that she could get hacked or worse. Plus that, the dark web is one of the most sinister and unhealthy places to be engaging. Her government job provided her with very sophisticated search hardware that would be difficult, if not impossible, for someone to hack back into. Which gave her some sense of confidence when doing what she called a ‘deep dive’ on the web.

It took Nancy a good 30-minutes or more to navigate her way to the information she was looking for. As benign as it was, there was something there that she never witnessed before. Someone was adding content to it right in the middle of her presence online. The person or AI ghost hacker, on the other end, was presenting theories about how people live and how people think. Nancy and her thoughts became totally captivated. It was almost like there was some form of computer search hypnosis taking place.

Logic of thoughts was somehow connecting with her thinking. For every thought she had, it seemed like her conspirator screen was chronologically and most effectively spelling out words that were completely and overwhelmingly connecting with her. Nancy decided to make queries into this mysterious dark web presence by throwing out questions, that for all practical purposes, were made up gibberish. Shockingly her mishmash of words were being reorganized and being fired back at her quicker than she could actually read, think, or understand. Nancy realized that this was almost game-like, and she herself knew her way around computer games. She never thought there could be intelligence, which she assumed was human intelligence that could unscramble her letters and turn them into logical thoughts. Nancy had a flashback of a thought. A week or two earlier, she watched an old movie. It was a British film noir entitled Cloudburst.

The movie Cloudburst was set sometime after World War II. The characters were in the business of cryptography, deciphering messages in secret code or cipher. The techniques they were using were long before there were computers, so those researchers had to write out letters from the encryptions and try to piece together the secret messages. This whole thing with the dark web and the person who was reorganizing her gibberish and had the skill to reorganize those entries into cogent thoughts was quite logical. It was becoming a bit unsettling for Nancy. If it’s a game, it had seduced her.

She randomly typed in words that could not possibly be interpreted. No grouping of letters, large or small, could create a decipherable word. She even threw in all the forms of punctuation cleverly positioned between certain groups of letters. Nancy thought to herself, “there is no way a computer could turn this into meaningful words, let alone logical sentences. Not even the most sophisticated artificial intelligence could have.” She was thoroughly convinced that whoever was on the dark web and connected with her through her computer was most likely not human.

Within 20-minutes, the patterns of the logical thoughts got personal. And started to ask Nancy questions related to the words it reformatted and formulated from the random letters she was typing.

The first question was shocking and extremely unsettling! “Where did you get that very cool gray metal desk?” Nancy knew that there was no way the person or thing could see that desk. Her cameras were taped off on her computer, and she always covered her mobile phone when not in use. Nancy, thinking to herself, “this is really creepy, and it’s making me frightened. Whoever this is must actually know me, although no one has ever seen my home office nor my desk.” She started to think that this was not AI. “There was a real person out there, and he or she was computer stalking me.” She scrambled a bunch more letters and hit send, curious to see what was going to happen next.

Before Nancy could complete her encrypted message, she received a message back. The computer person said, “my name is Cloudburst. I work for many intelligence agencies from different countries around the world. I thought I would mess with you a little bit. I’m sorry if I frightened you.” Nancy thought to herself, “this is pretty damn freaky. Nancy was not that experienced as a researcher for the government. She had heard that there were people like this out there on the Internet, especially on the dark web. She really did not know what to do next.

Stay tuned for the next episode that will be posted hopefully in a week on my website. Until we connect again, don’t mess around with the dark web.