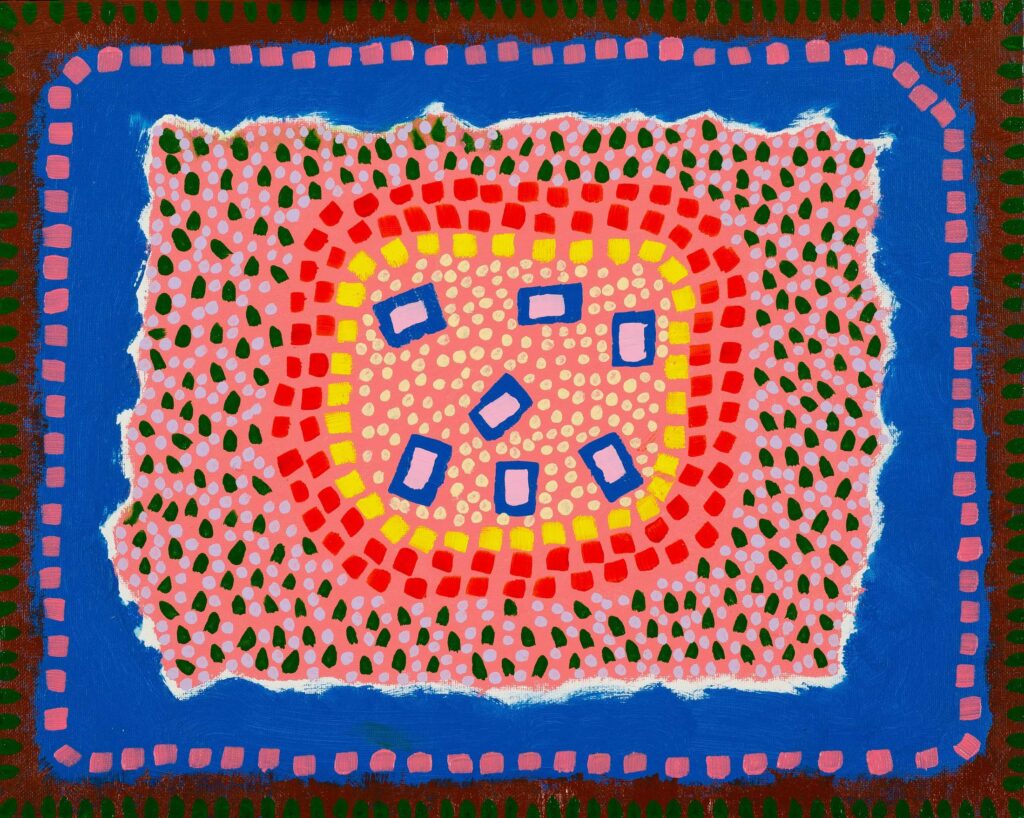 Is Creativity Romantic: or “What’s love got to do with it.” You may be asking? How is creativity romantic? Does it have anything to do with LOVE? Well this artist thinks it does, and apparently a whole host of others think so too, judging from the feedback I received when I announced this post. Creativity causes engagement from one soul to another. Creativity refreshes our own emotional state and that is just about the best way to give yourself a little self-love; which is always in demand but is in short supply, and when it is available, most decide they simply don’t deserve it.

Artists are lovers. Creativity attracts like minds, and no it doesn’t always result in a romantic encounter, at least not in the physical sense. Sharing thoughts are seductive, we all love a good conversation that energizes us. It’s almost spiritual how talking about something we love, with someone who is equally in love with our shared ideas ignites passion in our soul. Is it a flirtation? I suppose throughout history the great romances, and the not so great romances, started out with a simple, “Hi how are you?” Followed by, “What is your name?” And if you both just happen to be creative and talented in a particular genre that you both are equally passionate about: the sparks of conversation will ignite a fire within, that can lead to a collective intellectually shared romance of thoughts.

A creative romance does not always start out with equal passion. I give you this short story of two people: a boy named Wesley and a girl named Jessica. Wesley is a sketch artist and painter living in Arizona. Jessica is a Breakaway Roping Rider that has participated in several rodeos, she lives in Montana.

It all started when Jessica decided to head down to the Everett Bowman rodeo arena in Wickenburg, Arizona. She didn’t live with her family, but they pretty much all lived within an hour to drive from her. Collectively, they did their darndest to prevent her from taking that trip down to Arizona all by herself. Jessica had planned this well in advance, and seeing how she wasn’t going to be competing, she didn’t need to drive down there in her truck and horse trailer. To save on gas she talked a neighbor into loaning her his Subaru Outback. Jessica really wanted to take her horse so she could ride around Arizona country. A beautiful horse she called the red roan pony, a name she took from an old book she read by Joseph Whorton Lippincott. But it just didn’t seem that was going to work out, especially traveling by herself. She did manage to get herself a room in a nearby hotel.  Her whole idea was to see a little bit of Arizona and how they run their style of rodeos.

Wesley was a second-generation artist. He loved the outdoors and often went Plein Air painting. This was more of a side gig, he had been painting consistently from a very young age, but it only managed to bring him enough money to buy art supplies and make the payments, and buy gas for his van. He would travel around Arizona, often sleeping in the back of the van that he equipped with a bed and a small kitchen. When he wasn’t out painting he worked as a paid docent at the Western Spirit: Scottsdale Museum of the West. It was a job he dearly loved. Wesley always managed to take time off whenever there was going to be a rodeo event in Arizona. One of his favorite towns to paint in and around was Wickenburg. All of his painting gear and a full tank of gas loaded into the van; and he was set to go.

Rodeo day: Jessica arrived a day early in Wickenburg, which gave her the opportunity to explore the town, which she found pleasingly western, with lots of horses and the usual rodeo roughstock, all penned up for the various events. The town was full, everybody was decked out in their Western attire, she fit in perfectly, these were her kind of people and certainly her kind of town.

Wesley got to Wickenburg the evening before rodeo day. He found a good location to park his van and spent the night. In the morning he fixed himself a little breakfast, put on his hat, and headed out with a large sketchpad and his usual array of sketching tools.

The rodeo was well underway. Bronc riding was one of those events that drew the big crowds, along with bull riding. There were always a lot of side bets going on of who would take the prize money. Jessica managed to get pretty close to the bucking chute, she could even see the riders in the box tightening up the bronc rein.

Wesley positioned himself on the other side of the riders box in line with the bucking shoot, he wanted to make quick sketches from where he was perched, that he would later composite into a painting of various scenes from the rodeo.

Jessica was always a people watcher, she scanned the crowd of people, mostly cowboys and cowgirls in her immediate vicinity, but her eyes kept probing this particular cowboy with the sketchpad in hand. During a break between events she decided to walk over and see what the sketchpad cowboy was actually doing. As she got closer she saw that he had a handlebar mustache and well worn hat and boots. “Whatcha doin’ with that sketchpad?”, she fearlessly asked.

“I’m making sketches, I’m going to take them back to my studio in Phoenix and create a composite painting of different action scenes from this rodeo.” Wesley replied with a big smile on his face that only became more pronounced because of his handlebar mustache. “Why do you ask? I’m sure there’s other artists around here probably doing the same thing.”

Jessica responded. “You’ll never guess, what— you being a Western artist I’m supposin’, my great, great uncle was a famous Western artist, in fact he was a friend of Charlie Russell.” My family says some of his paintings are hanging in a museum in Scottsdale Arizona.”

“You’ll never guess what.”, Wesley responded. “I work at that museum. It’s called the Western spirit.”

“Well I’ll be.”, Jessica replied. Taking every opportunity to start her flirting routine. “I ride in rodeos myself mostly in Montana where I’m from. Do you like to ride?”, she asked.

“First off I’d like to know your name.” Wes asked, pushing his hat back, revealing his eyes.

“My name is Jessica, but most everybody calls me Jess. What is your name?” she asked flirtatiously.

“My name is Wesley, but just about everybody calls me Wes. To answer your question, I’ve only been on a horse twice in my life. Once when I was five years old I had my picture taken on a stuffed horse at Knott’s Berry Farm in Southern California. The second time was when a cowgirl convinced me to climb up on her horse for a picture. That’s my horse riding history.”

Jessica laughed in her best coquettish way, looking him dead in the eye and said, “And I bet that was one handsome photograph of a good-looking cowboy on a horse.”

Wesley looked back at her trying to hide his bashful embarrassment, then asked. “So Jess, what do you do up in Montana?”

“Well I mostly spend time taking care of and riding my red roan pony. Always practicing ways to be more creative in the way I ride at Montana’s rodeos – that’s my passion.” But I do have a regular job to pay my rent and keep my horse in hay and concentrates. When I’m not doing that, I work at a preschool, the hours are good, and the job is not too stressful.”

Needless to say, Jess and Wes spent a goodly part of the rodeo hanging out together. If you want to know how the story ends you will have to wait: but I will tell you one thing that happened about six weeks after they met in Arizona. Jess went to the post office to pick up a package that was sent to her. When she got it home and opened it up, she realized it was a painting that Wes made for her. The beautiful work of art featured a big oak tree, with a carving of a big heart. Two names were in that heart: Wes + Jess. For Jess it was, and is creatively romantic.

Is creativity romantic? Creativity causes engagement, inspiration comes from the love of the things we do creatively. Creativity presents itself in many ways; Jess was passionate about her rodeo riding and especially her love and affection for her red roan pony. Wes was passionate about painting, and he went to great lengths to make sure he could explore every opportunity to perfect his style. You don’t need to become a cowboy and participate in rodeos. You don’t need to pick up a paintbrush or a sketchpad to be creative. Find your passion, it’s in you, as sure as your heart beats. Creativity is seductively romantic; it brings energy into every cell in your body. If you don’t believe me, just listen to the words people use when they are truly passionate about something they’re doing creatively. These are generally words, or better yet descriptive synonyms/adjectives that one can use to promote a romantic vision. I will give you a few descriptive examples. Sensuous, delectable, dreamy, luscious, seductive, carnal, pleasure loving, alluring, fleshy, plushy and of course sensualistic. These terms can be used to describe just about any form of art. You may not realize it, but the world of creative thinkers and those passionate doers, can be creatively romantic. Feeling good inside and out, shows well… and when you meet someone with that kind of persona they can be hard to resist, and you just want to get to know them. It’s creatively romantic.